The Loophole That Could Undo the Iran Nuclear Deal 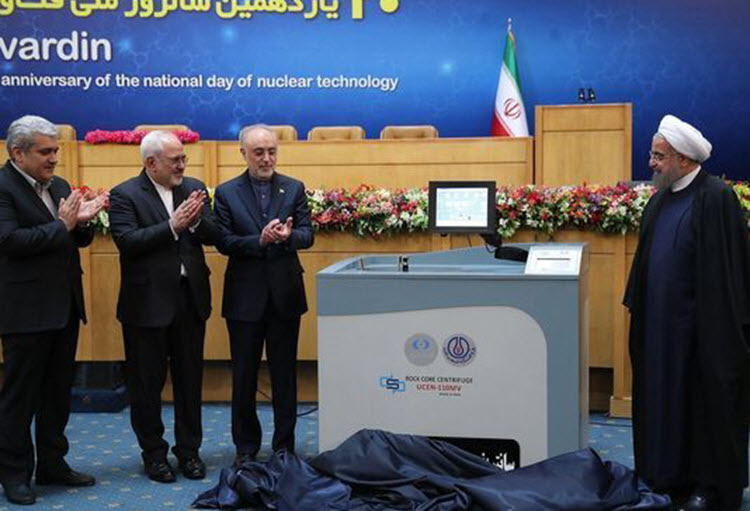 London, 8 May – Last month, the US Secretary of State Rex Tillerson announced that Iran was complying with the 2015 nuclear deal which shocked many among the Donald Trump administration and further afield, especially considering Trump’s own statement that it was “the worst deal ever negotiated”.

It looked like the deal would be allowed to stand, breaking yet another of Trump’s campaign slogans, however, soon after Tillerson’s address to Congress, the Iranian Resistance were able to uncover secret nuclear sites that were not inspected and prove that the Regime was actually violating the deal by continuing to work on advanced nuclear centrifuges.

James S. Robbins, who served as a special assistant to the secretary of defence in the George W. Bush administration, wrote an op-ed on the Daily Record in which he noted that the deal could actually be unmade because of a clever loophole.

Although Robbins did not mention the fact that Iran was actually violating the nuclear deal, he did address some other burning issues that the National Security Council could consider when judging whether it was still in the interests of the US to continue this deal.

He wrote: “Much has happened since the Iran agreement was implemented that raise questions about whether its costs outweigh its benefits. The deal gave Iran access to around $100 billion in frozen assets around the world. Questions the [National Security Council] can examine include: how much money has Iran received? How much has been used to support Iran’s global terrorist network? How much has underwritten Iran’s intervention in Syria’ civil war? How much has gone to Iran’s controversial and potentially illegal missile program, which incidentally is not covered by the agreement? And is Iran, in fact, complying with the deal, or is it cheating?”

So, if the US lifted the sanctions what would happen next?

Robbins wrote that this would put Iran in a bind because although they could restart their nuclear program, that would cause the Gulf Nation to violate the agreement which is still agreed upon by five other countries (the UK, France, Germany, Russia, and China) and the UN.

Robbins wrote: “This puts Iran in a lose/lose position: accept renewed and potentially tougher U.S. sanctions while staying within the framework of the JCPOA; or breach the deal and suffer the “snap back” consequences. Of course, Iran could just attempt to go full-bore to develop nuclear-armed missiles as quickly as possible and hope for the best. But the developing crisis with North Korea should be instructive to Tehran. The Drumpf administration is less willing than its predecessors to accommodate or ignore the nuclear ambitions of rogue states.”

Washington Post: The Bush administration failed on Friday to...