Giuliani: Iran Is Bigger Threat to the US Than North Korea or Russia 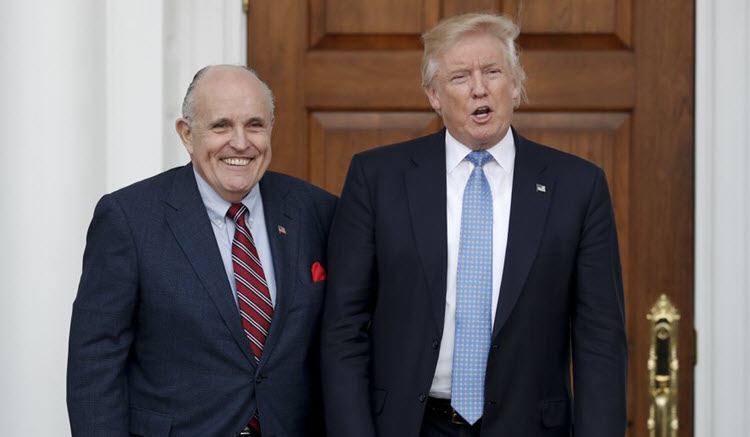 London, 17 Jul – The former Mayor of New York, Rudy Giuliani, warned that Iran is the greatest threat to the USA right now, during a conference in Paris earlier this month.

During the annual Free Iran Gathering, organised by the People’s Mojahedin Organisation of Iran (PMOI), Giuliani said that the Iranian Regime posed a greater threat than both North Korea’s Kim Jong-un and Russia’s Vladimir Putin.

The PMOI, the Regime’s largest opposition group, supports a secular government, equality of men and women, and a commitment to human rights.

Giuliani said: “Iran is our biggest enemy, Iran is our fiercest enemy. It is the greatest danger to freedom in the world. Our long term danger is Iran. Iran [is] a bigger threat than North Korea, it is expanding into an empire. North Korea is contained. They have more technological capability and they have what is truly an insane regime. In North Korea, we’re not sure about Kim Jong-un and we do have the hope that China can contain him.”

Currently, tensions between the US and North Korea are at a record high, with the repressive Asian state threatening to drop a nuclear weapon on America, claiming that it would be a “piece of cake”. It is also well known that the Iranian regime is working with the North Koreans in order to obtain nuclear technology themselves in violation of the 2015 nuclear deal between Iran and six world powers.

But Giuliani, who was Mayor of New York during the September 11 terror attacks, warned the Iranian Regime cannot be taken down by foreign military intervention, instead advising that a people’s revolution would bring down the mullahs.

He said: “The [regime change] needs to happen from within. How did the regime change in the Soviet Union or Poland or in the Czech Republic? No army came in. The people finally rose up and they were just too much for the military to contain.”

Outside powers can help by supporting the people of Iran and their organised, democratic, resistance and levying economic sanctions against the Iranian Regime again.

He said that if the US introduced sanctions against the Regime, it would effectively tighten the noose to hang them, because three-quarters of global trade is done via American banks. Sanctions from the US would shut down most trade with Iran elsewhere, lest the businesses in other countries get shut out of the global trade market.

The PMOI has repeatedly criticised the international community of ignoring the global threat posed by Iran, even to the point of removing sanctions against them last year.

The sanctions relief was designed to get the Iranian nuclear programme dismantled but this has not happened as of yet.

Iran, US to open joint chamber of commerce

AFP: Iran and the United States are to establish...