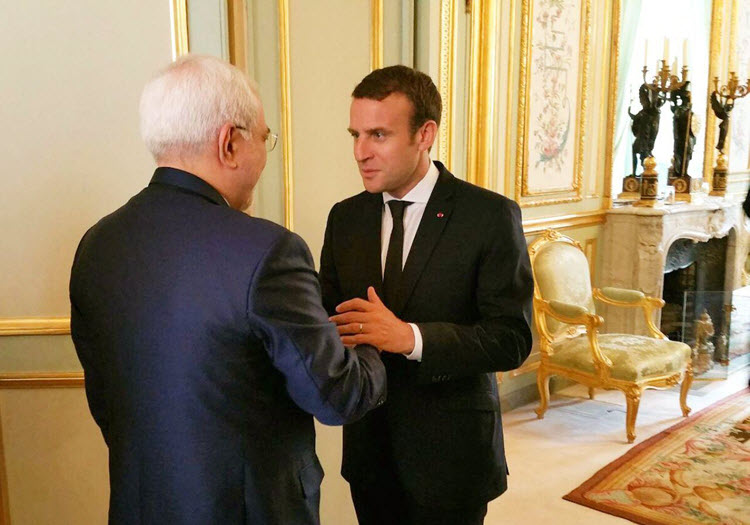 London, 13 Nov – The Iranian Regime has rejected calls from the French President Emmanuel Macron to hold talks over their ballistic missiles programme, claiming on Sunday that the programme was purely “defensive” and unrelated to the 2015 nuclear agreement between Iran and six world powers.

This comes shortly after Macron expressed concern over Iran’s ballistic missile program on Thursday- citing an Iranian missile fired at Saudi Arabia by the Iran-backed Houthis in Yemen earlier this month- and raised the issue of international sanctions related to Iran’s missile programme.

He told the Al-Ittihad media outlet: “There are negotiations we need to start on Iran’s ballistic missile… It is important to remain firm with Iran over its regional activities and its ballistic program.”

However, Bahram Qassemi, the spokesperson for the Iranian Foreign Ministry rejected this outright in a statement of the ministry’s website.

He said: “France is fully aware of our country’s firm position that Iran’s defence affairs are not negotiable. We have told French officials repeatedly that the nuclear deal is not negotiable and other issues will not be allowed to be added to it.”

Iran has also claimed that they have no plans to build nuclear-capable missiles.

France is not the only nation to agree with Saudi Arabia’s assessment that Iran is attacking them with ballistic missiles using their terrorist proxies, the Houthis.

Last Tuesday, the United States accused Iran of supplying the Houthi rebels with the missile that they fired at Saudi Arabia in July.

As a result, Nikki Hayley, the US Ambassador called on the UN to hold Iran accountable for violating two UN Security Council resolutions; one on the development of ballistic missiles which surround the 2015 nuclear deal and one of arming the Houthis.

Saudi Arabia and its allies have stated that the Iranian Regime is supplying missiles and other deadly weapons to the Houthis, noting that these weapons did not exist in Yemen when fighting broke out in 2015.

Macron also noted that he wished to hold talks about Iran’s threat to regional security.

As Macron has previously told Iranian President Hassan Rouhani that France has no immediate plans to leave the much-criticised Iranian nuclear deal which, in theory, is supposed to curb Iran’s nuclear activities and has been trying to salvage it since Donald Trump’s decertification in October, the Iranian Regime should probably heed to his more than reasonable request on ballistic missiles. Otherwise, France may well leave as well, pulling the EU countries away from the deal as well.

The nuclear deal, signed with Germany, France, Britain, China, Russia and the United States, is looking more and more fragile by the day. While it is necessary to punish Iran for its violations through sanctions, it is also a viable option to pull out entirely.