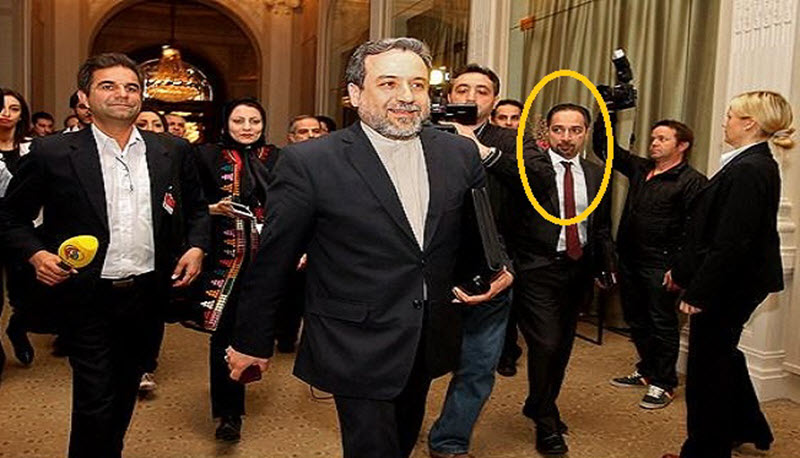 An infamous lobbyist for the Iranian Regime recently wrote an op-ed that supposedly debunked myths and misconceptions that Americans have about Iran, but predictably his piece was filled with lies and propaganda.

Trita Parsi, the president of the National Iranian American Council, first attempted to debunk the idea that the nuclear deal only delays the Regime from getting a nuclear bomb, rather than stopping it altogether, because of so-called sunset clauses that allow certain nuclear deal restrictions to expire. Even former President Barack Obama admits that this is how the deal works, so how was Parsi going to debunk it?

Well he argued that the deal was solid because the “intrusive inspections” and “transparency and verification mechanisms” are a permanent element of the deal. But the question remains that if the deal will eventually allow for unrestricted uranium stockpiling or an unlimited number of nuclear centrifuges, what exactly will the inspectors be inspecting?

Not to be deterred by a lack of logic, Parsi moves on to the pressing issue of the day, the protests in Iran. He claims that scrapping the nuclear would not help the protesters, because they actually benefit from the sanction relief under the deal.

However, the majority of benefits from the nuclear deal are given to the Regime and their security forces who control the economy and, just like in the rest of the world, trickle-down economics does not work out in favour of the ordinary people. Parsi also fails to address targeted sanctions, which would put pressure directly on the Regime.

He also tackles the ongoing enmity between Iran and Israel, the myth being that it is ideological in nature. Parsi instead argues that “the conflict is driven by geopolitical factors” but that doesn’t ring true from the venomous comments of Regime members about their desire to eradicate Israel.

Supreme leader Ali Khamenei has openly spoken of “[Iran’s mission] to erase Israel from the map [because the] barbaric, wolflike, and infanticidal regime of Israel has no cure but to be annihilated.”

That sounds more ideological than geopolitical, but Parsi is content to dismiss this as pure rhetoric. Perhaps he has forgotten that Iran currently has 100,000 missiles pointed at Israel or that Iran is actively supporting terrorist groups that are targeting Israel.

Finally, Parsi debunks that myth that “Iranians hate Americans”, but is that a myth that the US is clinging to?

The Regime is anti-American, describing the US as the Great Satan, and calling for its destruction, but the Iranian people are widely in favour of Western democracies.

Credit the American people with the ability to recognise that countries should not be defined by their dictators.

AFP: Russia on Monday denied that it was delivering...

Iran’s Mass Arrests of Activists and Their Families

Iranian authorities have continued to arrest political activists and...