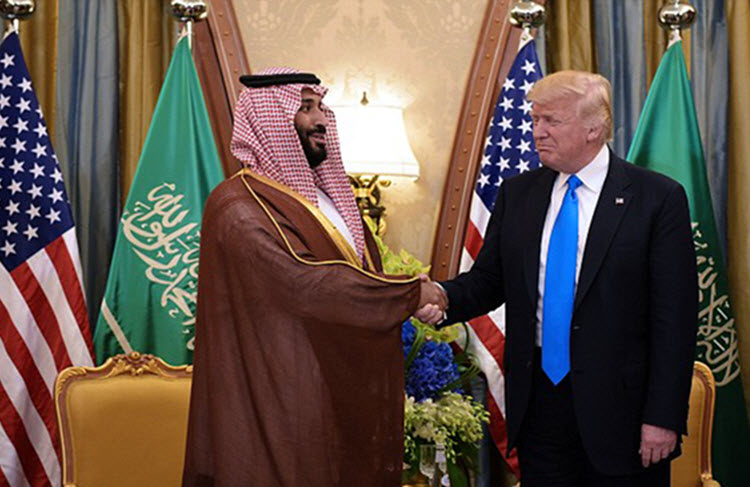 London, 28 Mar – Mohammed bin Salman, the Crown Prince of Saudi Arabia, has spoken about Iran during his visit to the United States. The Crown Prince’s trip includes visits to numerous places across the country including Washington, New York, Houston and Silicone Valley.

The heir to the Saudi throne said earlier this week that the Iran nuclear deal that was agreed in 2015 is not preventing the Islamic Republic from acquiring nuclear weapons, rather it is delaying it.

He told reporters: “Delaying it and watching them getting that bomb, that means you are waiting for the bullet to reach your head. So you have to move from today.”

Prince Mohammed is in the United States to reinforce ties between the two nations and to encourage US investments in the kingdom. Prince Mohammed spoke about the major changes taking place in Saudi Arabia, mainly in terms of its social and economic status, but he also emphasised Saudi Arabia’s position with regards to Iran and its role in the region.

In the off the record meeting with reporters and editors at the beginning of the week, officials allowed some of the Prince’s comments to be made public. The Prince had harsh words for its regional rival Iran. Iran and Saudi Arabia each represent different sects of Islam and are at opposing sides of the numerous conflicts in the region, in particular in Yemen and Syria.

When the nuclear deal was signed, many were worried that it would do nothing but delay Iran’s nuclear breakout date. There were criticisms that the deal is one-sided and too lenient on Iran. President Trump has been an outspoken opponent of the agreement, as has Saudi Arabia.

Many leaders have identified Iran as the biggest threat to peace and security, not just in the region, but also further afield.

Prince Mohammed warned that Iran’s goal is to be nuclear-armed. He said that Iran sees having a nuclear weapon as a “shield” that will allow it to act as it pleases in the region. He said that it will serve as Iran’s assurance that no one confronts the nation.

The Prince said that he would like to see the nuclear deal amended so that it ensures Iran never achieves a nuclear weapon. He also said that it is important for Iran’s belligerence in the region to be addressed.

Trump has made it clear to Europe that he will pull out of the deal if the major flaws are not resolved. It now remains to be seen whether Europe will pay heed to his warning.