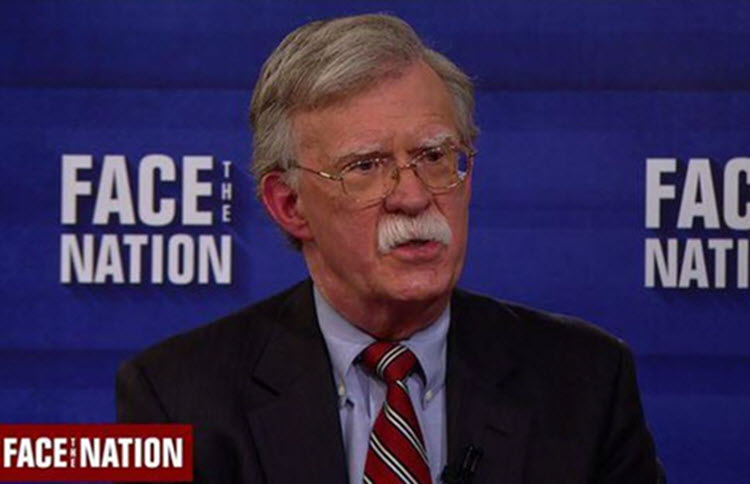 London, 9 May – In advance of the May 12th deadline, in an address from the White House on Tuesday, Trump announced that the United States is leaving the 2015 Iran nuclear deal and re-imposing all economic sanctions lifted or waived under the agreement, calling it a “decaying and rotten structure of the current agreement.” He stated that, “The Iran deal is defective at its core. If we do nothing, we know exactly what will happen. In just a short period of time, the world’s leading state sponsor of terror will be on the cusp of acquiring the world’s most dangerous weapons.”

According to the Treasury Department, the sanctions will be subject to either 90- or 180-day wind-down periods, allowing foreign companies to withdraw their existing business.

National Security Adviser John Bolton says the U.S. is no longer going to rely on “paper promises”. Instead, the Trump administration will await “real performance to stop Iran from getting deliverable nuclear weapons.”

In an interview on “CBS This Morning”, Bolton said that the president’s ‘Plan B’ to the deal is already being implemented in the form of putting “very strict U.S. sanctions back into effect.” Bolton says that such sanctions will have a “ripple effect” on Iran’s economy that could potentially lead to the regime giving up its ballistic missile program. He told reporters, “Within the zone of economics covered by the sanctions, no new contracts are permitted.”

Leaders from France, Germany and the United Kingdom had requested that the deal not be abandoned, but Bolton said the administration still plans to work with European allies. “We’re going to try to work with the Europeans, we have an absolutely shared common objective which is to prevent Iran from getting deliverable nuclear weapons. We have a disagreement over the efficacy of the Iran deal and that’s the reason why President Trump exited from it,” said Bolton.

On Tuesday, in a joint statement, Germany, France, and the U.K. said they would remain party to the deal. They also said they were open to addressing the issues raised by the president, with the nuclear deal “as a base.”

Bolton claims that “Iran is bringing us closer to war with its belligerent activity in Iraq and Syria,” and added, “It’s that aggressive militaristic behavior by Iran on the ground in the region that’s the real threat.”

AFP: The new European Union sanctions against Iran will...

France urges Iran, Syria to work with the world

Reuters: Iran and Syria should not isolate themselves from...