Gulf States Must Band Together and Pressure Europe Over Iran 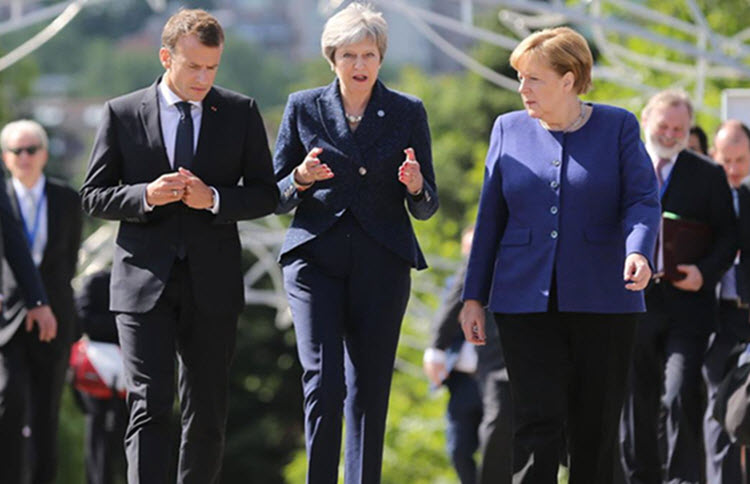 London, 7 Jun – The Gulf States must put pressure on Europe to make the politicians understand that by preserving the nuclear deal with Iran, for whatever benefits they think this will bring, will result in huge losses from the other countries in the region.

Europe – mainly France and Germany – has been trying to save the 2015 nuclear deal ever since Donald Trump withdrew the US from it in May, but in reality they are actually trying to save their numerous trade deals with the country.

Europe knows that Iran is financing terrorist militias that are destroying the Middle East and plotting attacks in European cities, but this is inconvenient for them. The most any European leader will do is express concern over Iran’s terrorist financing, which is no consultation to the victims of these terrorist groups. Surely, human life is more precious than money? Surely, security should come above trade?

But Iran does have something more to offer. It has shown a willingness to pressure the Yemeni Houthis into peace talks. That sounds great but the problem is that Iran directs the Houthis, which it also funds. Of course, it can get the Houthis to engage in peace talks in the same way that it has used the Houthis to launch dozens of missile attacks on Saudi Arabia in the past four years.

Iran is only even playing the Houthi card as part of a plan to run out the clock of Donald Trump’s term in office. They hope that through stalling and months of negotiations to end the war that Iran exacerbated, they can stick it out until 2020 and roll their dice with the next president.

Europe likes this game plan, because it could also save them from sanctions, which are set to be reimposed in November. After all, they under extensive pressure from companies and financial institutions to lay out their plans and protect them from sanctions.

However, there is also plenty of trade between Gulf countries – that are not hit with US sanctions – that the EU could lose if it continues down this path.

German magazine Der Spiegel notes that 800 German companies are active in Saudi Arabia and have been for years. Last year, German exports to Saudi Arabia were 6.6 billion Euros, which is much more than Iran.

But the Frankfurter Allgemeine Zeitung newspaper reported that this trade is declining, with the Saudi government less likely to award contracts to German companies, possibly due to Germany’s trade with Iran.

Sawsan Al Shaer, a Bahraini writer and journalist, wrote: “The European role is still critical in our war against Iran, and it is swinging in Iran’s favour. Therefore, our collective effort to pressure European banking and industrial lobby groups will make Europe think twice if it feels that its interests with us as a purchasing bloc is larger than its interests with Iran.”