US Campaign to Pressure Iran Into New Nuclear Deal 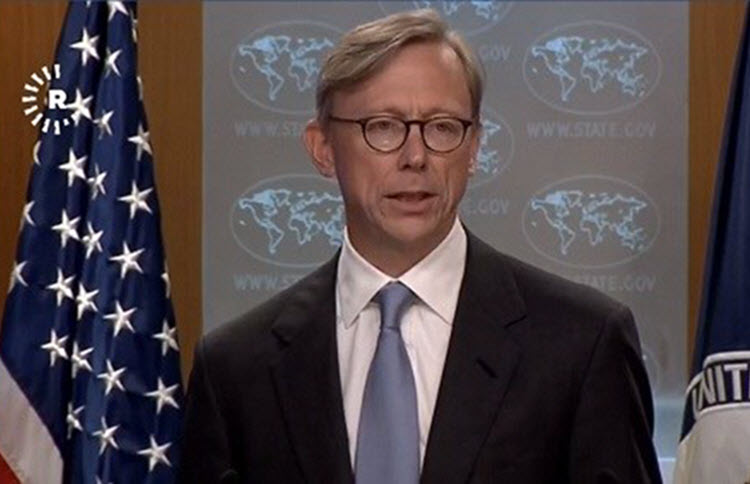 London, 3 July – The US State Department has announced an incredible campaign consisting of “maximum economic and diplomatic pressure” to push Iran into negotiating a new and improved nuclear deal to replace the one that Donald Trump withdrew from in May.

State Department Director of Policy Planning Brian Hook explained on Monday that Iran is not a “normal” government and must meet the 12 demands, laid out by Secretary of State Mike Pompeo, in order to be free from US sanctions.

Hook said: “Normal countries don’t terrorize other nations, proliferate missiles and impoverish their own people… This new strategy is not about changing the regime; it is about changing the behaviour of the leadership in Iran to comport with what the Iranian people really want them to do.”

On August 4, sanctions against Iran’s automotive sector and its trade in key metals, like gold, will snap back to Obama-era levels. More sanctions, targeting Iran’s oil industry and its central bank, will come into force on November 6.

Trump withdrew from the deal, citing Iran’s cheating on the deal.

Pressure on Oil and other industries

The US has called on all countries, particularly America’s allies, to cut all oil imports from Iran and adhere to the sanctions to put pressure on Iran to submit to a new agreement.

Hook will meet with officials in Britain, France and Germany later this week to persuade them into coming on-board, while he and senior Treasury Department officials will soon visit the Gulf states as well.

He confirmed that the US’s goal is to get as many countries as they can to stop importing oil from Iran altogether.

He said: “Our goal is to increase pressure on Iran by reducing to zero its revenue on crude oil sales. We are working to minimize disruptions to the global market but we are confident there is sufficient global spare oil capacity.”

Saudi Arabia’s King Salman has also promised, according to a tweet from Trump on Saturday, that his country will raise oil production by 2 million barrels per day to meet demand with Iranian oil off the market.

Over 50 international firms have already announced plans to end their business with Iran before US sanctions are reimposed, especially those in the energy and financial sectors.

Hook said: “We have been clear with countries and companies around the world that we are bringing severe economic pressure on Iran until Iran changes its destabilizing policies.”

Iran says it could attack US bases