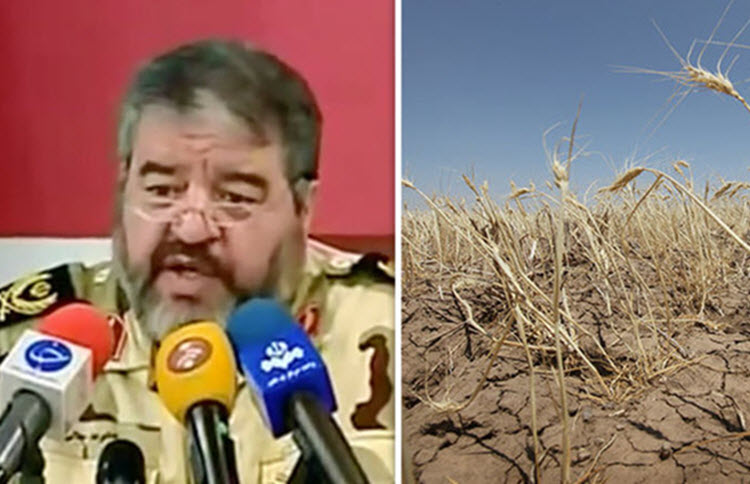 London, 4 July – In a bizarre attempt to try to shift the blame for Iran’s ongoing drought, which has been exacerbated through decades of corruption and mismanagement by the mullahs, a high ranking military official has accused Israel of stealing Iran’s clouds and snow.

Brigadier General Gholam Reza Jalali, the chief of Iran’s civil defence organization, made this ludicrous statement at an agricultural conference in Tehran.

He said: “Joint teams from Israel and one of the neighbouring countries make the clouds entering into Iran barren. Moreover, we are faced with the cases of cloud theft and snow theft.”

Well, that’s certainly a big claim. Is there any evidence to back it up?

Jalali apparently cited a study that shows all mountain tops in the Middle East are covered in snow, whilst Iran’s are not – a study that doesn’t appear to exist. This might be the first indication that their claims are baseless and a distraction method.

Then, Ahad Vazife, the head of Iran’s meteorological service, explained that it is not possible to steal clouds or snow and that these claims will only deter people from “finding the right solutions” to environmental issues facing Iran.

While Kaveh Madani, the former deputy head of Iran’s environmental agency who fled Iran earlier this year during a crackdown on environmentalists, tweeted that this “conspiracy theory” was Iran’s best strategy to justify their failure, citing their scepticism of climate change.

Yes, but they’ve barely even started work on the project. There’s no evidence that they could work for their intended purpose (increasing rainfall in drier areas), but even if they did, they can’t steal another country’s clouds.

Climate change is a hoax?

In order to further prove that the Iranian officials have no clue when it comes to environmental science, the state-run Tasnim News Agency reported that Jalali thinks that climate change is caused by foreign interference as if to spite Iran.

To be clear, almost all countries in the world are contributing to climate change and Iran is suffering disproportionately considering its own emissions, but this is to do with its position on the globe and other environmental factors. Not a global conspiracy against Iran.

Plus, Iran isn’t doing anything to negate the effects of climate change and is in fact making the situation worse by refusing to reduce its carbon emissions and refusing to provide its people with safe drinking water.

Iran labor protest: Sign of daunting challenges for next president