After Syria, Iran Must Go Back to Its Own Borders 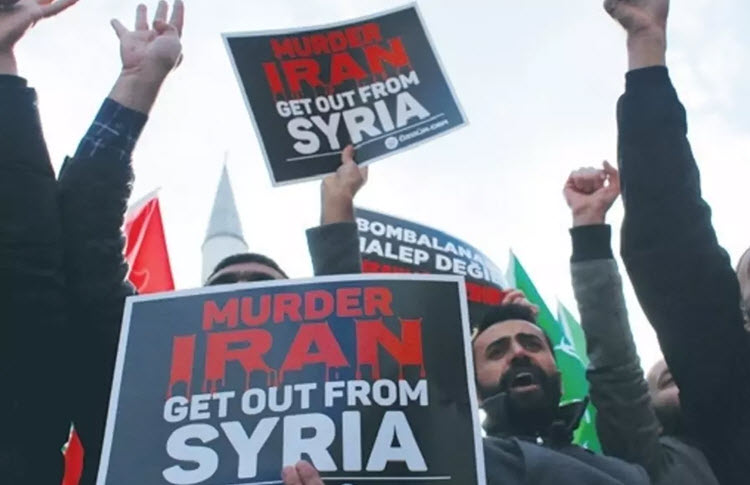 London, 3 July – Europe has enjoyed decades of stability because it derived the necessary lessons from its experiences. Europe has recognized that the way forward for the future is for each country to respect the borders of others, despite their differences. Europe has accepted coexistence based on the principle of respecting the differences between countries, and has committed to fortifying international borders, and stood against violating them.

After Europe recognized that the future for each country depended on respecting the borders of others, it accepted that:

A. a country has no right to meddle in the affairs of or destabilize its neighbor

B. a country has no right to form a militia on the other’s territory and usurp their decision-making power

Now, countries must follow methods approved by international laws and norms. No country has the right to invade another to defend a cause, impose an ideology, or change its way of life.

Chaos in the Middle East has harmed coexistence between and within nations. International borders were violated. Political and demographic changes were caused by the conflicts in some countries.

Ghassan Charbel, editor-in-chief of Asharq Al-Awsat newspaper, asks, in his article for that publication, “Now, after everything we have seen in Syria, can the time for respecting borders begin? Given the Russian military intervention in Syria, the Trump-Putin summit in Helsinki would not have been scheduled had this presence been such a source of annoyance to the United States. It is most likely that the majority of countries prefer to see a Russian Syria than an Iranian one.” He wonders if Iran can “go back on the major coup that it staged under the claim of ‘exporting the revolution’ and which it intensified after the collapse of the barrier that was the Iraqi government?’

According to Charbel, many believe that Iran is afraid of going back to its border because its citizens, many of them born after the 1979 revolution, are asking the hard questions. The Mullahs have invested so much in “exporting the revolution” and they cannot see how this has benefited them. They are angry, as demonstrated in the recent protests in Iran.

While there is no doubt that President Trump’s decision to withdraw from the Iran nuclear agreement dealt a heavy blow to Tehran, Iran’s problems cannot be attributed to Trump.

The gains Iran reaped from the nuclear deal were used to continue its agenda to “export the revolution” through experts, advisors, missiles, and a destabilization policy. Charbel writes, “The greatest success for Tehran was keeping its regional behavior off the nuclear negotiations table.”

However, with its exit from the nuclear deal, Washington is pressuring Iran, with moves such as targeting its oil exports.

Russia has greater interests with the US that are more important to it than its interests with Iran. Tehran should see that, with the end of the Syrian conflict, it must soon return to its own borders, and face its own domestic problems.

Iran Must Be Expelled From Syria