Europe Must Close Its Iranian Embassies 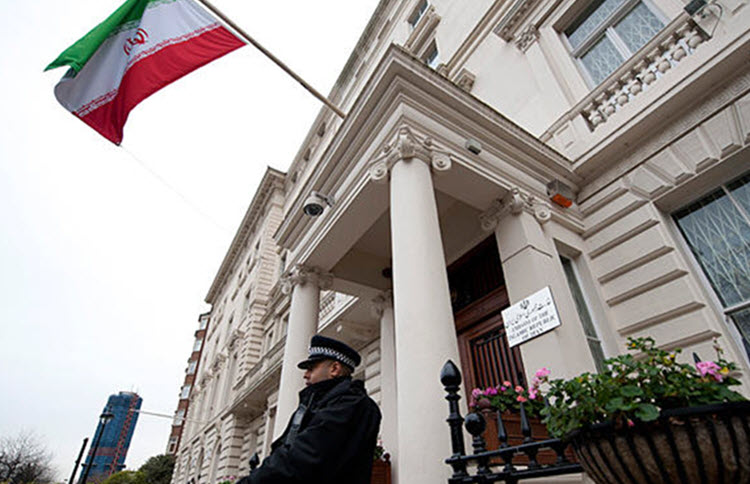 London, 19 July – European authorities thwarted a bomb plot by Iran on the June 30 Free Iran gathering in Paris, which is organized by the National Council of Resistance of Iran (NCRI).

Assadollah Assadi, the intelligence station chief at the Iranian embassy in Vienna, orchestrated the plot. He commissioned two people of Iranian descent to drive the car filled with explosives towards the gathering, which was attended by over 100,000 people.

Iran has tried to claim that this foiled plot was a “false flag” operation organised by the Iranian Resistance, but a senior US State Department official dismissed this as ridiculous, while the opposition’s intelligence sources inside the government report that this attack was planned months ago and was approved by Supreme Leader Ali Khamenei and President Hassan Rouhani.

Indeed, it is believed that the planning began taking place shortly after the NCRI-backed uprising in Iran began.

This attempt to bomb the opposition rally is the most significant terrorist plot by Iran in years, but it is far from the only one.

The German authorities have reported multiple times over the past few years that they’ve disrupted efforts by the Iranian Revolutionary Guard Corps’ Quds Force to spy on opposition activists and people with links to Israel. While, as recently as March, a plot to attack the People’s Mojahedin Organization of Iran (PMOI/MEK) in Albania, where they are residing as political refugees, was thwarted.

Ken Blackwell, the former Secretary of State for Ohio, wrote: “The unravelling of the plots in Albania and France, coming just three months apart, strongly suggest that Iran is stepping up its operations in Europe. This is unsurprising in light of the domestic conditions inside the Islamic Republic, especially when one considers that both plots targeted the NCRI and MEK.”

Iranian Mullahs want to eliminate their democratic opposition and do not care who gets caught in the crossfire, which is obvious from the mullahs’ comments on the NCRI and MEK, even though Tehran is currently trying to keep Europe engaged in the nuclear deal that the US withdrew from in May.

The worst bit is that Europe has been surprisingly quiet about the plots that they have foiled in recent months, despite the fact that this most recent attack threatened the lives of thousands of Europeans. This not only puts lives at risk, but also looks like Europe is turning a blind eye to potential attacks.

Therefore, Europe must take some serious actions to break up Iran’s terror networks before any more plots are hatched, especially after Secretary of State Mike Pompeo revealed that Iran uses its embassies to plot terrorist attacks in Europe.

Blackwell wrote: “EU member states should seriously consider shutting down Iranian embassies or expelling diplomats who may well be associated with the IRGC Quds Force or the Iranian Ministry of Intelligence… This pattern of silence must come to an end, lest the threat grows still worse for European citizens as well as Iran’s pro-democracy opposition movement.”

Saeed Mortazavi: butcher of the press – and torturer of Tehran?

The Times: The Iranian regime has appointed one of...