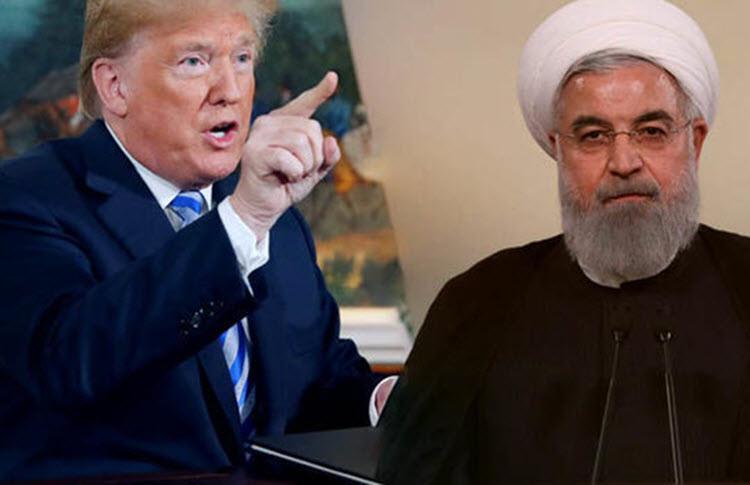 London, 3 August – Earlier this week, U.S. President Donald Trump said that we would meet the leaders of Iran “anytime they want”. This comes a week after warning Iran in an angry message on Twitter. He said: “To Iranian President Rouhani: NEVER, EVER THREATEN THE UNITED STATES AGAIN OR YOU WILL SUFFER CONSEQUENCES THE LIKES OF WHICH FEW THROUGHOUT HISTORY HAVE EVER SUFFERED BEFORE. WE ARE NO LONGER A COUNTRY THAT WILL STAND FOR YOUR DEMENTED WORDS OF VIOLENCE & DEATH. BE CAUTIOUS!”

After the message that was posted on the social media site last Sunday, many compared it to the warning Trump gave to North Korean leader Kim Jong Un. Last year, Trump said: “North Korea best not make any more threats to the United States.

Since then, Trump and Kim Jong Un have held “warm talks” in Singapore. Yet it remains to be seen whether Iranian President Hassan Rouhani will be open to talks. Trump has made it very clear that he would like a meeting with Iran. He said: “I’ll meet with anybody. Speaking to other people, especially when you’re talking about potentials of war and death and famine and lots of other things. You meet, there’s nothing wrong with meeting.”

However, Iran has been very closed to the idea of engaging with the United States. After the United Nations General Assembly last year, it was reported that Iranian officials shunned Trump’s request to speak.

Iran has a deep mistrust of the United States and the country’s interior minister said that Trump cannot be trusted because he pulled out of the 2015 Iran nuclear deal.

Other Iranian officials are saying that Trump must re-join the nuclear agreement if he has any chance of meeting with Iran.

The United States has the upper hand in the situation and Iran is just being stubborn. Trump pulled out of the nuclear deal because he couldn’t possibly let Iran continue on the same destructive path any longer. He announced the reapplication of tough economic sanctions and warned that more would come.

He announced the U.S. exit from the deal in May. It is now August and the first batch of sanctions will take effect next week. The next batch will be in November. Iran has had plenty of time to reassess the situation and take action so that it does not get to the situation it is currently in. However, it has wasted the opportunity, no doubt because it does not want to give in to the United States.

The Iranian economy is in a complete mess and the situation will not get any better until the ruling mullahs are toppled. Iranian officials will only negotiate if it has something to gain. They will not concede on anything despite their immense position of weakness.

Reuters: Iran is pushing ahead with plans to enrich...