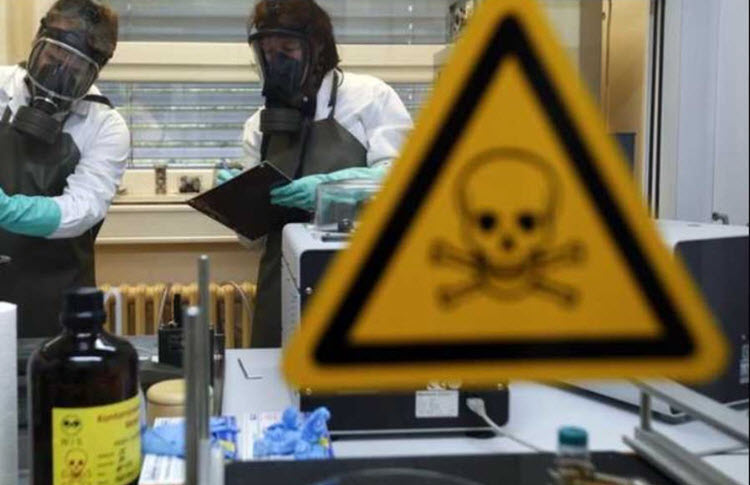 London, 23 Nov – The US has accused Iran of violating its commitments to the Organization for the Prohibition of Chemical Weapons (OPCW) by failing to declare chemical weapons-related activities.

US envoy Kenneth Ward told an annual meeting of the intergovernmental organization in The Hague on Thursday that the US is concerned that Iran is creating “central nervous system-acting chemicals” for offensive military use.

He then went on to give three examples of Iran’s past declaration failures to the OPCW, despite being a signatory to the OPCW’s 1997 Chemical Weapons Convention. The failures are as follows:

1. Not declaring a capability to fill weapons with chemicals

2. The transfer of chemical-filled shells to Libya in the 1980s – something that became important during the Libyan Civil War

3. The marketing of CR gas at defence expos as a riot control agent

Last week, Trump administration officials had made it clear that they intended to use the OPCW conference, which began on Wednesday, to bring up Iran’s alleged chemical weapons program.

This is part of the US “maximum pressure” campaign on Iran, which Donald Trump began after pulling out of the 2015 nuclear deal and reinstating US sanctions back in May, in order to address the malign behaviours.

Iran analyst Behnam Ben Taleblu of the Foundation for Defense of Democracies explained that the US is worried about Iran’s possession of chemical weapons because they are reported to have used the weapons during the Iran-Iraq war.

Iran repeatedly portrayed itself as the victim of such attacks and even claimed that they “never retaliated against Iraq’s chemical weapons attacks on troops and civilians”, but Washington-based research group the Nuclear Threat Initiative (NTI) said that some reports disagree with this.

In a Jully 2017 report, the NTI said: “However, an intensive review of the open literature (including U.N. reports based on field investigations from that era) provides insufficient evidence to support this conclusion.”

While Taleblu said that US intelligence reporting proves that Iran’s account should not be taken at face value.

He said: “While I will be the first to say that Iran’s chemical weapons experience in the war was horrific, the fact that Iran learned the lessons of deterrence the hard way is what made it so active in (developing) weapons of mass destruction and missiles after the war.”

Of course, Iran also poses a threat through the development of nuclear and ballistic weapons, support for terrorist groups, destabilisation of the Middle East, and human rights abuses against its own people. The only way to combat them is through international sanctions, like those put in place by the US, and support for the organised democratic resistance forces in the National Council of Resistance of Iran (NCRI).

Power struggle is gripping Iran ahead of June election

New York Times: With only three months to go...