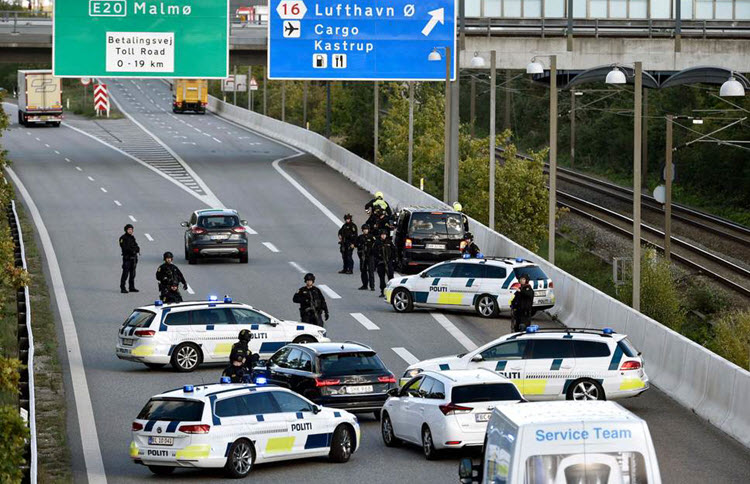 London, 24 Nov – Danish Foreign Minister Anders Samuelson said that three activists from ASMLA who are exiled in Denmark were targeted in an alleged assassination plot by the Iranian intelligence services in Denmark — and this may undermine Europe’s efforts to salvage the nuclear deal with Iran.

Danish intelligence service uncovered the plot just days after the September 22 attack by gunmen on a military parade in the Iranian city of Ahvaz that killed 29 people, including several children, and was initially claimed by the ASMLA.

But, in recent months there have been other foiled plots attributed to the Iranians, that were uncovered by European security agencies.

French authorities accused Iran of attempting to bomb a rally in Paris organized by the National Council of Resistance of Iran, also known as the Mujahedin-e Khalq (MEK) last summer, where thousands of people were gathered, including politicians and luminaries from around the world. Several people have been arrested in connection with this incident, including Assadollah Assadi an Iranian diplomat based in Vienna.

Iran denies the accusations. Foreign Minister Javad Zarif has ridiculously accused Israel of being behind the attacks, calling them “false flags” designed to disrupt Iran’s relations with Europe at a crucial time.

Europeans and Iranians are currently immersed in delicate diplomacy after the Trump administration’s withdrawal from the Iran nuclear deal, known officially as the Joint Comprehensive Plan of Action (JCPOA). Harsh sanctions have been re-imposed on Iran, and both Europe and Iran want to keep their participation in the agreement alive.

So, why would Tehran undermine this process? Iran attacked its opposition figures in Europe during the years after the 1979 Islamic revolution, but it such attacks have ceased over the past two decades following pressure from the Europeans, and right now, Iran needs European support.

Iran’s President Hassan Rouhani staked his presidency on the nuclear deal and the economic benefits it promised for his people, but rival elements within the ruling class, like the Ministry of Intelligence and the Revolutionary Guard Corps (IRGC) may have conducted the operations, because hardliners, particularly the IRGC, have always opposed the nuclear deal. Stirring up the confrontation will also undermine Rouhani and his allies. The IRGC also controls large chunks of the Iranian economy. Their wealth is enhanced by international sanctions, as competition is reduced and smuggling opportunities increase.

Still, Europe wants to preserve the nuclear deal. A halt to Iran’s nuclear weapons program is vital to its security interests. Despite recent incidents, the Europeans are unlikely to link the alleged assassination plots directly to their efforts to save the nuclear deal. But they may take any other action. Europe’s governments have a duty defend their countries.

The intelligence agencies of Denmark and France seem confident of Iran’s involvement in these plots, and will prosecute any individuals arrested and charged in connection with the attacks, which may lead to unified European sanctions.

It is already difficult for European governments to keep the nuclear deal alive. The U.S.’ expulsion of Iran from the SWIFT banking system for international business transactions has the Europeans proposing an alternative to SWIFT. However, finding a country in Europe willing to host the system is proving difficult. And these attacks should discourage any country from considering such a move, and caus the nuclear deal to collapse.

AFP: A group of UN atomic inspectors on Monday...