Iranian Regime Cannot Cease In-Fighting, Even for Its 40th Anniversary 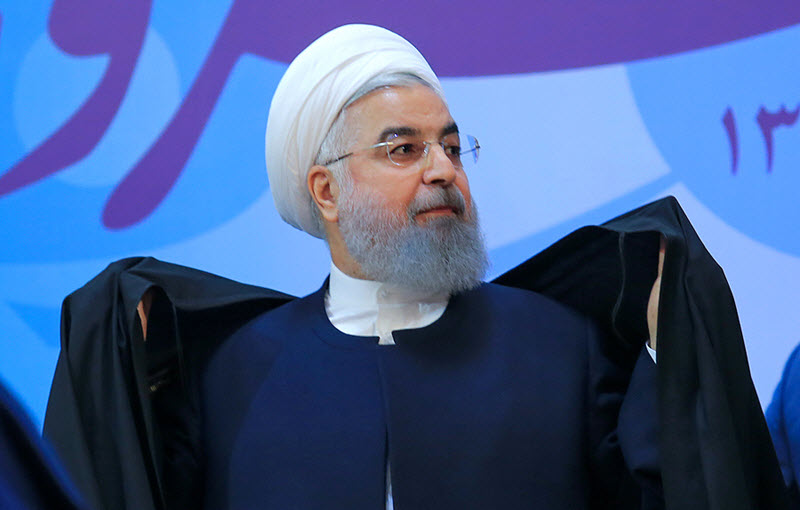 During the state sponsored demonstrations that were held across Iran on February 11th, Supreme Leader Ali Khamenei warned factions within the regime to refrain from in-fighting. However, the quarreling factions continued to accuse each other of creating the country’s current economic misery and escalating political crises.

For instance, the Karaj Friday prayer Imam’s took offense to a speech by Majlis Speaker Ali Larijani. Khamenei had to step in on February 8th, to say, “There is a difference of opinion and you disagree for any reason. That official, this chair, that gentleman, you don’t accept them, that’s no problem, but the February 11 demonstration isn’t a place for retaliation.”

On February 12th, the Jomhuri Eslami newspaper wrote that “February 11th has become an opportunity for political retaliation,” and reported that “the Friday prayer Imam, as if he has an important duty, takes the microphone and says that I have only one sentence for the people: In the future, give the key to someone who can open the locks! That’s all!” Before the presidential elections, Hassan Rouhani boasted that he holds the “key” to Iran’s problems, hence the “key” analogy.

Jomhuri continued, “It appears that undermining the government and criticizing the president has become a religious duty for a movement who has stage.” The newspaper concludes, “Alas, like the people who leave their unbearable difficulties in their homes and come to the streets, in the future, officials would leave monopolization and hate, but alas! Experience shows that this won’t happen.”

Keyhan newspaper writes, “Yesterday, February 11, Tehran demonstrators carried placards that warned about passing Financial Action Task Force’s bills (FATF) into law under the pressure of enemies.” The daily adds, “Tehran citizens carried banners saying that ‘one shouldn’t commit suicide out of fear for death’ and ‘no to FATF’ to express their opposition to accepting the programs of this group.”

During the February 11th demonstrations, banners and placards were carried that attacked Ali Larijani and Hassan Rouhani. “You who are the reason behind inflation, I hope you won’t remain until new year!” said one, and another read, “The people are on the way toward revolution, the gentlemen are thinking about accumulating riches!”

The visible tensions between the ruling factions, especially at a time when the appearance of unity has importance for the whole Islamic Republic, doesn’t bode well for Iran’s Supreme Leader, who is seen as incapable of declaring truce between the ruling factions — even just once a year, when they celebrate the anniversary of the Islamic Republic.

Fox News: These are vital questions as the U.S. and...