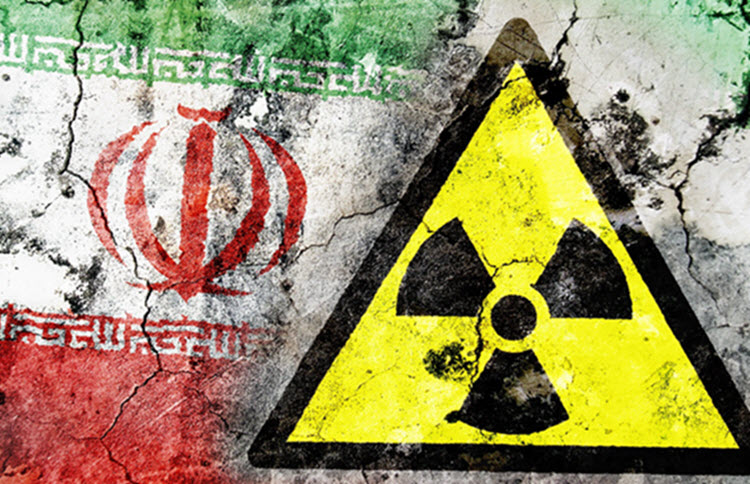 The head of the Atomic Energy Organization of Iran, Ali Akbar Salehi, recently made a statement in an interview with Iran’s state-owned Channel 2, regarding the Iran nuclear deal, saying it has done nothing to stop Iran from making advances in its nuclear program. He boasted, “If we have to go back and withdraw from the nuclear deal, we certainly do not go back to where we were before … We will be standing in a much, much higher position.”

Reports about Iran’s nuclear progress also indicate that Iran is on the threshold of modernizing its mechanism for producing highly enriched uranium that can be used to build a nuclear weapon. In fact, the Iranian government is bragging that it is exploring new uranium enrichment programs and the production of centrifuges. Salehi has also said, “Thank God, the tests on the IR4 and IR2M (centrifuges) have been completed. They were tested for over 12 years. Today we have all the data, and we can easily manufacture them on an industrial scale.”

Warnings about Iran’s nuclear activities have been circulating in the international community. The annual report of Federal Office for the Protection of the Constitution, Germany’s domestic intelligence agency, revealed that the Iranian government has obtained illicit nuclear technology and equipment from German companies “at what is, even by international standards, a quantitatively high level.” The report also stated that “it is safe to expect that Iran will continue its intensive procurement activities in Germany using clandestine methods to achieve its objectives.”

Iran’s disregard for the regulations its officials are supposed to be following was displayed when they held onto more heavy water than was allowed.

Because the International Atomic Energy Agency (IAEA) has verified that Iran and its nuclear program are not pursuing any illicit nuclear activities, some promote the idea of taking a gentler stance. However, the IAEA was not allowed to inspect or monitor Iran’s military sites. Various high-profile Iranian sites such as the Parchin military complex, southeast of Tehran, were free to engage in nuclear activities without the risk of inspection.

In fact, the IAEA previously stated that the Parchin military complex was the location that tests were carried out. Additionally, Israel’s international intelligence agency, the Mossad, obtained files and photographs that pointed to what “appears to show a giant metal chamber built to conduct high-explosive experiments,” at Parchin military site.

The National Council of Resistance of Iran (NCRI) revealed Iran’s clandestine and undeclared uranium enrichment facility at Natanz and a heavy water facility at Arak in 2002. The group recently confirmed that Iran is continuing to pursue its nuclear ambitions. Its report states, “… the ‘nerve center’ of Iran’s nuclear weapons project, responsible for designing a nuclear bomb, has been continuing its work… following the establishment of the Joint Comprehensive Plan of Action (JCPOA) in 2015, not only has the unit remained in place and active, it is now clear that in some fields its activities have even expanded.”

Dr. Majid Rafizadeh, the Harvard-educated Iranian-American political scientist, who is the president of the International American Council believes that Iran’s breakout time — the amount of time needed to produce enough weapons-grade uranium for one nuclear bomb — is less than a year.

Once Iran has a nuclear bomb, nothing can reverse the catastrophe, so the international community take the latest intelligence reports seriously and demand that the IAEA be allowed to inspect Iran’s military sites.

UPI: Iranian authorities are expecting a delegation from Pakistan...