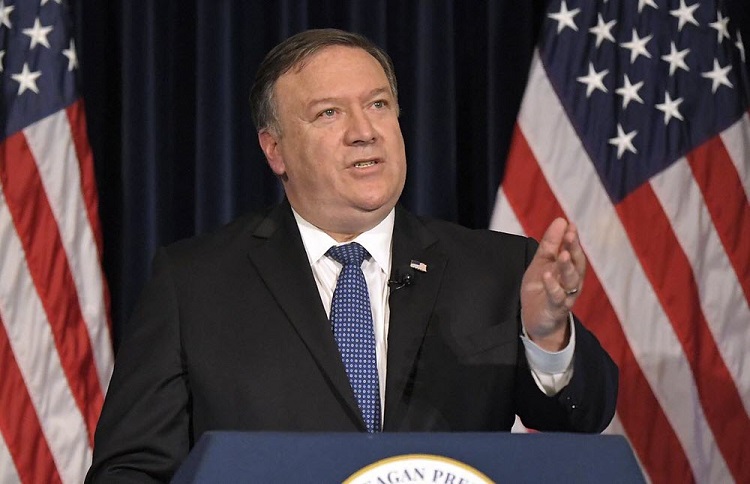 The Iranian government announced in recent days that it would be following through with an additional breach of the Joint Comprehensive Plan of Action (JCPOA), informally known as the 2015 Iran nuclear deal.

Iranian officials have admitted that it is breaching the terms of the nuclear agreement because the United States pulled out and the remaining parties have not taken action to provide Iran’s government with incentive packages, yet US sanctions that were re-imposed.

US President Donald Trump announced that the United States would not be a remaining party to the deal he described as “weak” for a whole series of reasons. He mentioned Iran’s continued belligerence in the region and explained that the nuclear deal itself does nothing to lessen the Iran nuclear threat. In fact, he said that it actually guarantees a nuclear arms race.

The US President has been trying to get Iran back to the negotiating table so that a more thorough and less one-sided deal can be drawn up. His administration has re-imposed the crippling sanctions that were canceled when the deal was signed, and it has also issued a series of fresh sanctions.

Under the terms of the nuclear agreement, Iran has agreed to limit its nuclear activities. Iran denies that its nuclear program has anything to do with nuclear weapons, stating that it is solely for the purposes of civilian energy.

However, this claim is disputed by many, including the US Secretary of State Mike Pompeo. He has called on all nations to take “serious steps to increase pressure” on Iran and to reject these acts of “nuclear extortion”.

In a statement on Thursday 7th November, Secretary Pompeo said that the Iranian government’s nuclear escalations “reflect the regime’s intentions all along”, adding that it is very clear it is trying to “extort the international community into accepting its violence and terror while it undermines the sovereignty of its neighbors”.

He also said that the international community must reflect on what could happen if Iran were allowed to obtain a nuclear weapon. Pompeo reminded all nations that this is not the first time the Iranian government has attempted nuclear extortion and reaffirmed that the United States will not accept this malign behavior.

On the same day, the United States also drew attention to another provocation, one that is described as “outrageous”. Last week, Iran held an International Atomic Energy Agency (IAEA) inspector and seized her travel documents, claiming that she had been tested for explosives, returning a positive result. She was also denied access to Iran’s Natanz uranium-enrichment facility.

The EU called on Iran to ensure that this type of incident does not happen again, describing the situation as extremely concerning. Jackie Wolcott, the US ambassador to the IAEA called on the organization’s Board of Governors to make Iran understand that this incident and anything similar in the future “will not be tolerated”. She also called on the organization to make Iran understand that it will face consequences.

US seeking to ‘close down’ Iran central bank

AFP: The latest round of American sanctions are aimed...

Reuters reported on August 16 that Lebanese Hezbollah would...