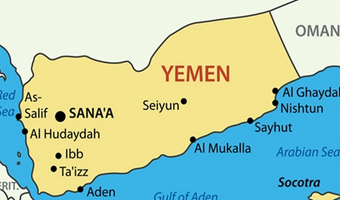 American sources said the missiles fired at the US Navy destroyer USS Mason by Houthis rebels in the Gulf of Aden, were probably provided by Iran.

This failed missile attack occurred at the same time that Iranian news reports revealed that Iranian-made ballistic missile, Zalzal 3, were launched by the rebels in Yemen in order to hit Saudi targets.

Senate Armed Services Committee Chairman, John McCain, said in a statement released on Friday, that the missiles were “likely” supplied by Iran.

Soon after the failed missile attack, the destroyer USS Nitze launched an attack on Iran-backed Houthi rebels with cruise missiles.

Iranian news agencies reported that there were further attacks on the Thwailh military post, in Asir province and other targets in both Jizan and Asir provinces, using the Zalzal 3.

The former commander of the Iranian Revolutionary Guards Corps, Mohsen Rezaee, urged the Yemeni Shiite militants affiliated with the Iranian regime to continue resisting the coalition to restore legitimacy in Yemen in a letter, last year.