Dr. Maleki Promises to Fight for the Iranian People’s Rights 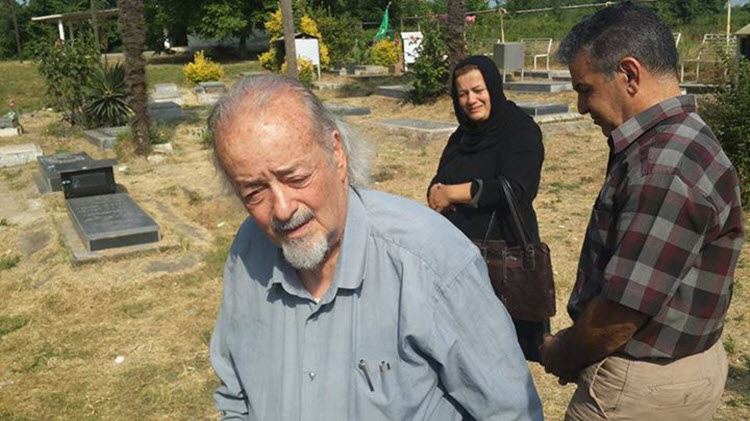 Dr. Mohammad Maleki, the Iranian academic, human rights advocate and former president of the University of Tehran, issued a statement on the anniversary of the horrific 1988 massacre, a crime against humanity that resulted in the death of more than 30,000 political prisoners.

Maleki, who has been arrested and imprisoned several times for his activism, vowed to never stop seeking justice for the victims of the crime that was perpetrated by the Iranian regime. He said he would campaign until his “last breath”.

He addressed the compatriots, university students and the young people “who are the hope of the future”.

Maleki mentioned the audio recording that was released about a year ago in which the late Ayatollah Montazeri spoke about the crime that was to be committed in the summer of 1988. He told the other members of the so-called “Death Committee” that the crime would go down in history as one of the worst. Maleki said that this audio recording of Montazeri exposed the officials that took part in the crime. He said that although the crime happened decades ago, the people of Iran are still being treated in the same way.

He said: “In sharp and unequivocal terms, Montazeri talked about some facts of the summer of 1988 massacre that shocked the world. His remarks exposed the “Death Committee” and its crimes, so the world would see what has happened and is still happening to Iranians under the rule of the Islamic Republic. The world now sees how tens of thousands of the best men and women of Iran were sent to death squads simply for being steadfast in their belief and critical of the regime. This revelation had such an impact on every corner of the world that the issue was once again revived in all human rights circles.”

He then went on to say that although he is suffering from a terminal illness, he will keep his commitment to the people of Iran by remaining “steadfast in my commitment and will be unrelenting in the campaign to honor the victims of the 1988 massacre and to bring the murderers and criminals to justice.”

Mentioning the regime’s leaders and senior officials, Maleki said that they will, without a doubt, soon be held accountable for their “lies, plunders, and crimes” and will face the consequences for all the “blood of the innocents that you have shed”.

He also thanked all those who has participated in the campaign for justice.

“Be assured that the campaign for justice for victims of the 1988 massacre will be successful. I would like to personally express my profound appreciation to everyone who has been participating in this campaign the world over.”

Oil majors weigh benefits and costs of return to Iran

Financial Times: There are very few places in the...

AFP: Iran is to challenge a tough report on...