30 Arrested in Protest in Iran 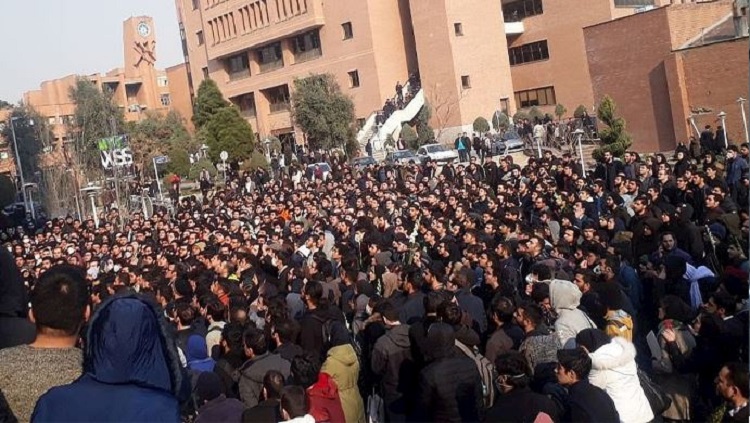 Thirty people, including several university students, have been arrested during the vigils and protests in Iran over the shooting down of a Ukrainian plane last week that killed all 176 people on board, according to the judiciary representative Gholamhossein Esmaili.

Ebrahim Raisi, Iran’s Chief Justice, warned people to end their protests, saying that the US and other countries want to use the people’s anger over Ukraine International Airlines flight PS752 to “compromise” Iran’s security.

These protests broke out on Saturday after the Iranian military finally admitted to shooting down the jet that took off just minutes earlier from Imam Khomeini Airport in Tehran, mistaking it for a retaliatory strike by the US, whose military bases in Iraq had just been hit by Iran.

The authorities had spent three days denying responsibility and hampering the investigation. They claimed that a mechanical failure was to blame, but refusals hand over the flight’s black box. They only admitted responsibility because other nations found evidence that the Iranian military was at fault.

Several people were wounded and one video shows a bleeding woman being carried away as bystanders report that she was shot in the leg.

Of course, Tehran Police Chief Hossein Rahimi denied this, saying in a statement on Monday that officers were ordered to show restraint, even though this is at odds to orders that are confirmed to have been given during other such protests when officers were instructed to shoot-to-kill.

In the Iranian authorities’ brutal crackdown on the nationwide uprising, which sprung up on November 16 after the mullahs tripled fuel prices overnight, at least 1,500 protesters were killed, 4,000 wounded and 12,000 arrested, facing torture in prison and the death penalty.

The plane crash killed 176 people, mainly Iranians and Canadian students returning to school, but also nationals from Ukraine, the UK, Afghanistan, and Sweden.