Why Iran needs to stop its interference in the Middle East 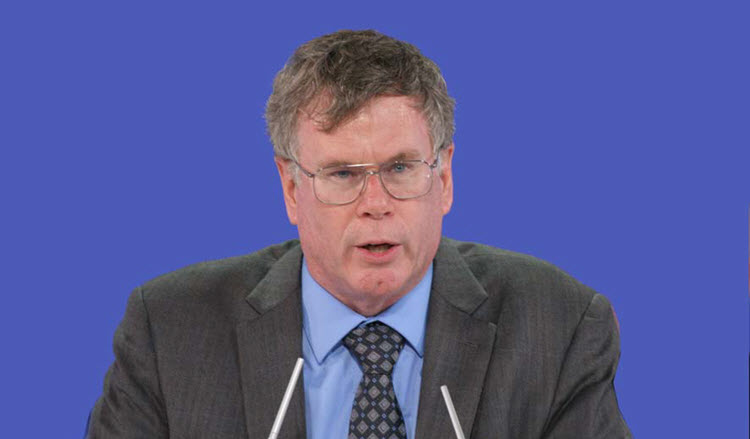 Washington, 20 May – Iran needs to stop meddling in the Middle East, according to the former US senior anti-terrorism officer in Iraq.

Wesley Martin, a retired US Army colonel, wrote a column in the Washington Times on Friday, 20 May about why Iran’s involvement in other Middle Eastern countries is dangerous and needs to stop.

Martin, who also served as the senior operations officer for detention operations in Iraq from 2005 to 2006, wrote the column in response to a recent article from the former US Ambassador Zalmay Khalilzad called “Why America Needs Iran in Iraq.”

In his piece, Khalilzad stated that he was concerned about the rise of Shiite cleric Muqtada al-Sadr in Iraq whose army was responsible for the deaths of hundreds of US military personnel.

Martin alleges that this is a double standard because despite the cleric’s violent campaign against the US, he is not on the State Department’s Foreign Terrorist Organization list.

According to Martin, Iranian agent Ahmad Chalabi provided volumes of misinformation to the State Department and Defense Intelligence Agency in 2002, which the George W. Bush administration used to justify the invasion of Iraq.

Chalabi became the U.S. representative in Tehran, responsible for ensuring that the Iraq invasion was backed by Iran; according to Martin, this was the Iranian plan all along.

Martin said that Iran did everything possible to undermine the Coalition forces in order to launch a political takeover of Iraq.

He said: “As the senior anti-terrorism officer for Iraq, I continually experienced the work of Iran. Iran was providing funding and intelligence to adversary groups determined to kill Americans and other Coalition members.”

He said: “An active al Qaeda member once described to me the equipment his team was receiving from Iran. The old adage ‘the enemy of my enemy is my friend’ certainly applied to the Shias of Iran in overcoming their differences with the Sunnis of al Qaeda.”

Khalilzad states that he is also concerned with ISIS but Martin counter-claims that it was Iranian Prime Minister Nouri al-Maliki’s genocide against the Sunnis that led to the rise of ISIS.

Martin also cites that the Iraqi military have been slowly pushing ISIS back and dismisses the idea that Iraqi citizens are somehow responsible for ISIS.

He said: “The presented logic is if the residents survived ISIS occupation, they must be sympathizers and warrant killing”.

Martin said that large communities have been murdered or fled in fear of their lives. He compares Iran’s use of ISIS to weaken the Sunni-majority areas in Iraq, to that of the Russians holding their position outside Warsaw until the Germans had finished their massacre.

He said that the Iraqi Parliament cannot resume their governance while still under the control of Tehran.

Martin said: “Increasing cooperation with Tehran is not the solution. That’s once again playing into the hands of the No. 1 nation-state exporter of terrorism in the world. It would be as if we expect an arsonist to put out his own fire. For once, the United States needs to learn from its mistakes, not repeat them. The solution is to work with moderates in the region to establish firm governments dedicated to their citizens and to regional stability”.

AP: President Bush called it "naive" on Thursday to...

Reuters: A court halted production at an oil and...