Most Vicious Part of the Iran Regime’s Terror Squad 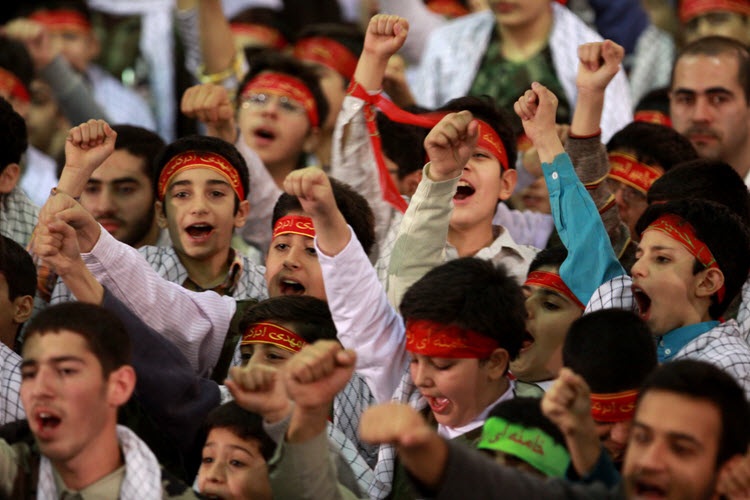 London, 2 Dec – They are the most vicious part of the Iranian terror squad; attacking peaceful protesters in the streets and shooting the protest leaders on sight.

The Basij – Basij Mostazafan is part of the terrorist Iranian Revolutionary Guard Corps (IRGC) who are fiercely loyal to the mullahs’ Regime and will do anything to keep them in control.

They are sent to do the dirty work of the IRGC, taking out so-called ‘enemies of the state’ when the Guards would rather keep their hands’ blood-free. Of course, enemies of the state is anyone who is in anyway critical of the brutal regime; a regime that hangs dissidents in the streets and uses corporal punishment to punish petty crimes.

The Basij – Basij Mostazafan was created in the Iran/Iraq War to handle a suicide mission against Saddam Hussein’s troops. Minefields along the front lines were preventing advancement by the Iranian army and it needed a quick but deadly fix.

The force comprised of young boys aged 12-17, who were groomed to become deadly fighters (like the Hitler Youth in the 1930s), and middle-aged men, who are unfit for standard military service.

The brainwashed teenagers were reportedly given a red plastic key to hang around their necks; they were told that it would open the Gates of Paradise if they should die in battle. Then they were forced to march across the minefields
Tony Duheaume on Al Arabiya described the death march in gory detail.

He wrote: “Sporting blood-red headbands, they moved forward in rigid formation, tramping towards enemy positions in flawlessly straight rows, marching to their deaths chanting religious mantras. The tactic was simple, as the first ranks were killed by the powerful Iraqi mines, those following had to continue marching forward, stomping on the remains of their comrades, until they themselves reached the next line of mines, which then blew them to smithereens, and so the sequence continued until the minefields were cleared. As far as the Iranian mullah administration was concerned, the massive body count meant nothing, this was simply a cost-effective way to clear mine fields, without the loss of their precious well-trained IRGC troopers.”

This brutal force is happy to die for their Regime as they think they’ll be rewarded in the afterlife; meanwhile, the Regime leaders are happy to send thousands of young boys to their deaths, much like they are happy to kill anyone who gets in their way.