What Is the Next Step for Dealing With the Iranian Regime? 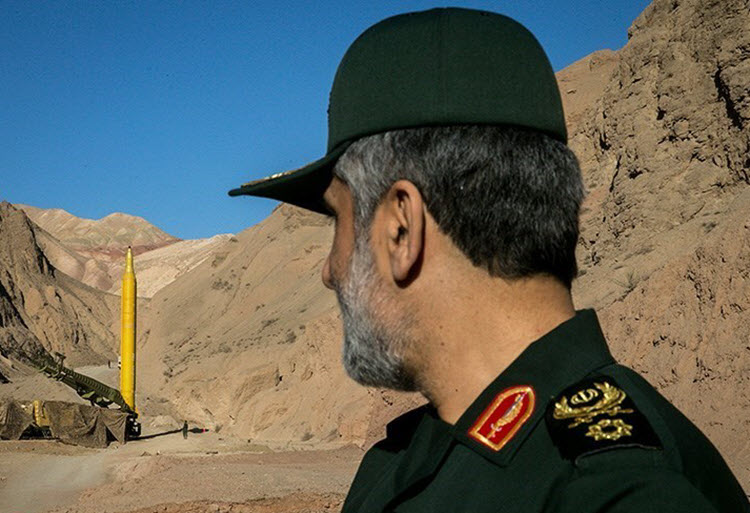 London, 25 Feb – Iran was put “on notice” by the Trump administration just days after it test-fired a ballistic missile. This was a demonstration by President Trump to show that the “golden” days of Obama are over. However, after the announcement that Iran is “on notice”, the Islamic Revolutionary Guard Corps (IRGC) decided to defy international will again with another test-firing.

United Nations Security Council resolution 2231 states that the Iranian regime is to refrain from working on any such weapons and cannot launch ballistic missiles that have the capability of carrying nuclear material.

Before the nuclear deal was concluded, Iran launched several other missiles and the Obama administration let this happen. Unlike President Obama, President Trump will not let such acts go unnoticed.

President Trump, even during the campaign trail, spoke negatively about the Obama administration’s treatment of Iran. He criticised that he was too lenient on Iran and let the regime get away with provocative acts.

Many believe that the IRGC used the test-firings to see how President Trump would react. A few days later, it was clear that Trump and his administration were not going to ignore it. The statement by (now former) National Security Advisor Michael Flynn condemned Iran’s flouting of the UN Security Council resolution and other nefarious behaviour such as provoking US Navy ships and the Iranian regime’s support for terrorist groups abroad (Houthi rebels in Lebanon, etc.).

It was in this same statement that Flynn made clear the administration’s disdain for the actions of the previous administration that “failed to respond adequately to Tehran’s malign actions—including weapons transfers, support for terrorism, and other violations of international norms”.

To follow up with this rhetoric, 25 individuals and entities in Iran were sanctioned for supporting the IRGC and providing materials for weapons.

However, the next question is about what will happen next. President Trump needs to ensure that the tough rhetoric is followed by strong policy. He can impose more sanctions and enforce those that are already in place.

The IRGC is responsible for the test-firing of the nuclear missile, but it is also involved with some of the most horrific acts inside and outside Iran. The fact that the IRGC’s behaviour is worsening is proof enough that it needs to be stopped urgently.

When Iran was being opened up to international investment, indirect financing of the IRGC was initiated. As it stands now, businesses in the West can invest freely in Iranian companies of which the IRGC is a minority stakeholder. However, Western companies can also invest in companies where the IRGC or any of its proxies’ involvement is concealed.

Whatever the way forward is for the United States, it is imperative that it does not repeat the mistakes that were made by the Obama administration. The laxity of that administration emboldened the Iranian regime and allowed it to continue with terrorism across the Middle East. Furthermore, ignoring the human rights abuses carried out in Iran cannot continue. The United States should support the Iranian people in their quest for a democratic Iran where the people are free from tyrannical rule.

Taps in office of legislator in Iran prompt calls for inquiry

Villepin calls on Iran to “assume its responsibilities”