Should the United States Continue to Impose Sanctions on Iran? 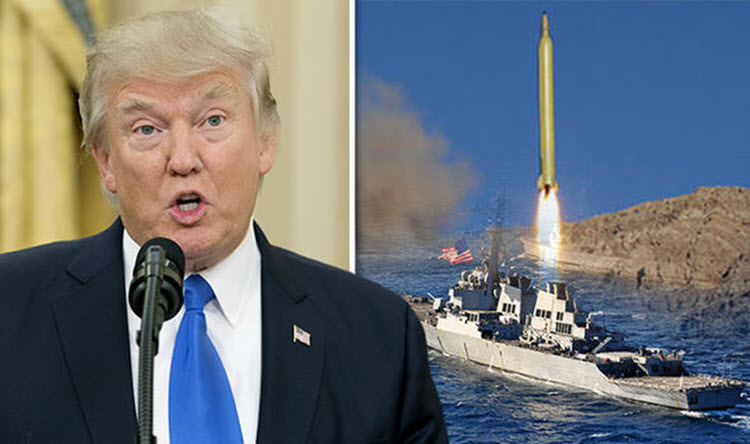 London, 25 Feb – On 19th February, the Defence Minister of Israel said at the Munich Security Conference that Iran was the biggest challenge in the Middle East. Israel is not the only one to say this – Saudi Arabia agreed saying that Iran’s “mischief” has increased since the Iran nuclear deal was signed.

The United States also views Iran as a major cause of disruption in the Middle East and a real international threat. Earlier this month, and after the testing of a missile, the United States declared that Iran was “on notice” and imposed more sanctions on several individuals and entities. Iran’s response to this was to test-fire another one.

Does this mean that there is serious conflict on the horizon? It is possible, but ultimately the decision belongs to the hardliners in Tehran.

The purpose of the Iran nuclear deal was to put restrictions on Iran’s enrichment program. Iran dismantled the majority of its centrifuges that had previously been used to enrich uranium, and it also got rid of its supplies of uranium. Iran was also to modify a reactor so that it cannot make plutonium that could be used for weapons.

The restrictions of the nuclear deal were for 15 years, after which nuclear activities will be monitored closely in Iran. Iran’s part of the bargain was that UN-mandated economic sanctions that crippled the country’s economy would be lifted.

Trump, during the election campaign, said that the Iran nuclear deal was the “worst deal” and said he intended to scrap it. However, it appears that the deal will remain in place – at least for now. Many have advised against scrapping it for fear that it will make matters worse, not just in the Middle East, but also in the West where the risk of a terrorist reprisal would grow.

There are sanctions in place – some regarding human rights abuses in Iran and others regarding Iran’s support for terrorism, but President Obama was reluctant to ensure they were adhered to. Senate backed the decision to extend them for another decade.

Although American companies are not allowed to do business with Iran, the President has the right to override this – as President Obama did when he allowed Boeing to sell aircraft to Iran.

These sanctions that were already in place before the nuclear deal was signed were to do with Iran’s provocation and nefarious behaviour – they had nothing to do with the nuclear deal. Iran is still the biggest threat to stability in the region and it has forces in every corner of the Middle East. Hezbollah is a big threat to Israel and the most powerful force in Lebanon – it is Iran’s puppet. If it was not for Iran, the Syrian dictatorship would have been overthrown years ago.

Sanctions on Iran need to continue. If Iran continues on its bloody and terrorist journey then President Trump has no choice but to impose sanction after sanction until something finally gives within the Iranian regime.

AP: The Treasury Department is allowing the export of...