The Iranian Regime and 9/11 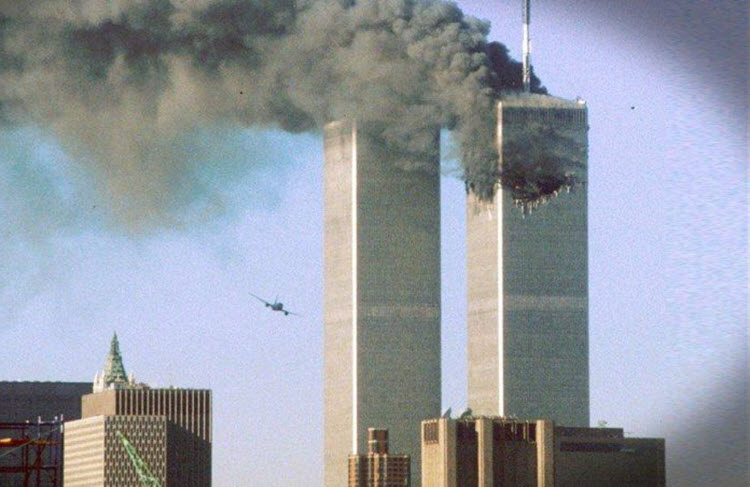 London, 31 May – Almost 16 years on from the devastating attack in New York that cost 2,996 people their lives, there are still many questions about the attacks, and while some conspiracy theorists will tell you that “jet fuel doesn’t melt steel beams” and claim that it was an inside job, it’s less easy to debunk their claims when the US Government doesn’t seem to know who to blame.

Investigative historian Eric Zuesse, wrote an op-ed for Global Research, in which he questioned what really happened on 9/11 and who was really responsible, considering the changing narratives by the USA. He believes that the Saudis are responsible and that they had George W Bush’s help, notions that are ridiculous.

For a long time, 9/11 seemed to be the work of Al-Qaeda and Osama Bin Laden, carried out by mainly Saudi nationals, and the search for the terrorists justified the US invasions of Afghanistan and Iraq, but most recently a US civil court ruled that the Iranian Regime had to pay $10.5 billion in fines to 9/11 victims and their families.

Donald Trump, who has joined the State Department in labelling Iran the number one sponsor of terror, has recently made a deal with the Saudis to provide them with $350 billion in arms. Something that Zuesse considered strange, after Trump’s heavy criticism of Saudi Arabia on the campaign trail.

He wrote: “ But now that he was the U.S. President, and his biggest initial American jobs achievement — already in the works during his Presidency’s start — would be an all-time record high $350 billion sale of U.S.-made weapons to the Sauds, Drumpf as President has been mentioning the Sauds only as ‘allies’, no longer as supporters of terrorism.”

However, the Saudi Government were unlikely to be responsible for the attacks, just because a few of their citizens were.

Then Zuesse attempts to defend the Iranian Regime.

He references a book titled “Iran’s Post 9/11 Grand Bargain: Missed Opportunity for Strategic Rapprochement between Iran and the United States” by FBI Agent Daniel A. Mehochko, which highlights that following the attacks many Iranians held candlelight vigils and that the Regime condemned the attack.

However, of course ordinary Iranians held vigils, no one believes that the ordinary Iranians wanted this. It is the Regime, who funds terror around the world through proxy groups like Hezbollah and Hamas, who wanted terror to spread.

As for the Regime, condemning the attacks; of course they would. The Regime could not possibly take on the US military in a fight and they don’t like to get their hands dirty. It is also entirely possible that even if the Iranian Regime did not order the attacks, they could have funded it through their well-documented support of terror.

While the public may not know the whole truth about 9/11 for many years, it is important that we do not put our faith in conspiracy theories, like inside jobs and false flags. It is insulting to the very real victims of the tragedy.