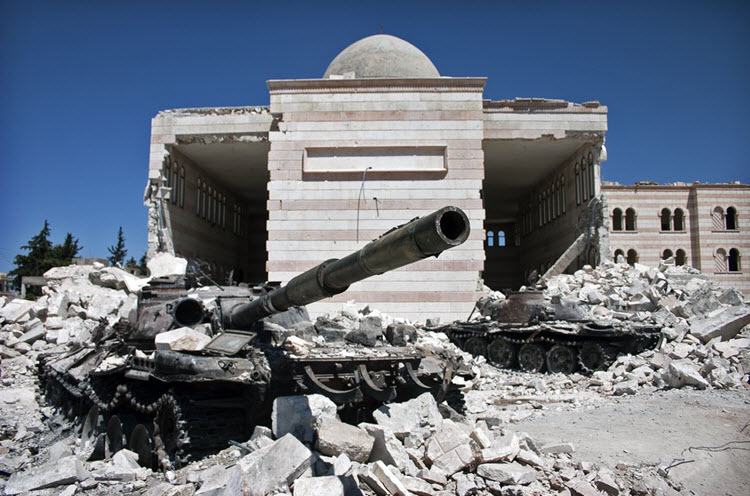 London, 31 May – Syrian rebels have said that the US and its allies are sending them more weapons in order to counter the growing threat from Iranian-backed militias in Syria.

The weapons are being shipped through two channels; one from the Pentagon and one from a collaboration of the CIA and regional allies like Jordan and Saudi Arabia.

A commander from the Pentagon-backed group, Maghawir al-Thawra, spoke to Reuters on the condition of anonymity and said that the weapons have been arriving since the pro-Regime troops began being deployed and confirmed that troop recruitment has increased.

He said: “The equipment and reinforcements come and go daily … but in the last few weeks they have brought in more heavy military vehicles, TOW (missiles), and armoured vehicles.”

The rebels are currently trying to fend off a new push into Badia, southeastern Syria, by the Iran Regime, who are trying to open an overland supply route between Iraq and Syria.

Iran is trying to create a “Shi’ite crescent” in the Middle East, from Tehran to Beirut in countries like Iraq, Syria and Lebanon, which is one of the reasons they are so heavily invested in the Syrian Civil War. Another is that they understand that if Bashar Assad’s dictatorship falls to the will of the Syrian people, so too will the Iranian Regime.

Tlass Salameh, head of the Jaish Usoud al-Sharqiya, a Syrian rebel group backed by the CIA programme, said: “There has been an increase in the support. There’s no way we can let them open the Baghdad-Damascus highway.”

Colonel Ryan Dillon, the spokesperson for the U.S.-led coalition, said: “The coalition has observed pro-regime forces patrolling in the vicinity of the established de-confliction zone around the Tanf training site in Syria … Pro-regime patrols and the continued armed and hostile presence of forces inside the … zone is unacceptable and threatening to coalition forces.”

At the same time, Shi’ite militias from Iraq, who are working under the Iranian Regime, have started a march towards the Syrian border. According to an Iraqi militia commander this is part of a larger plot to take the area from ISIS, but the Iranian Regime has a track record of claiming to fight ISIS and attacking other Sunni Muslims instead.

The US and their allies have, in the past, fought alongside Iranian-backed militias in order to defeat so-called Islamic State, whose members are now centred in Deir al-Zor, eastern Syria. However, earlier this month after the Free Syrian Army (FSA) rebel groups recaptured territory in Badia from ISIS, the Iranian-backed fighters attempted to move in and take control of the land from the rebels.