Iran Once Again Taunts the US in the Persian Gulf 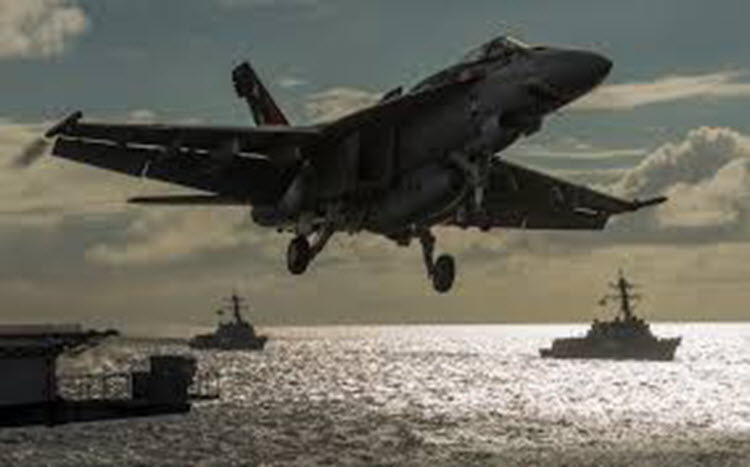 London, 9 Aug – An Iranian drone flew around an American Super Hornet fighter jet as it circled an aircraft carrier in the Persian Gulf, according to US Defense Department officials on Tuesday.

The unarmed drone came within 100 feet of the fighter jet, which then had to swerve to avoid a collision, despite repeated radio calls from the US, demanding that the Iranian vehicle stay clear of the aircraft carrier Nimitz and the fighter jet accompanying it.

The US military’s Central Command released a statement saying that the jet had been in a holding pattern and was planning to land on the carrier but the landing was deemed too unsafe with the drone so close.

The statement read: “The dangerous manoeuvre created a collision hazard and is not in keeping with international maritime customs and laws.”

This is the 13th “unsafe” or “unprofessional” interaction from Iranian maritime forces towards US forces in 2017 alone, according to the American military.

In June, the US was forced to shoot down two Iranian-made drones that were getting too close to American-backed troops on the ground in Syria, according to the Pentagon.

This followed a series of clashes between Iranian-backed troops who are fighting on behalf of the dictator Bashar Assad and Syrian opposition fighters who are backed by a coalition of military advisers, including the British and the Americans, which could result in a potential proxy war.

There have also been a number of incidents in the Persian Gulf, where the US have been helping Saudi Arabia and other allies fight the Houthis, an Iranian-backed terror group, in Yemen.

This is part of the ever growing tensions between the US and Iran since the Donald Trump administration began cracking down on Iran f or its links to terrorism, use of ballistic missiles, and human rights abuses.

Indeed, every time the Iranian Regime pushes; Trump pushes back by imposing further sanctions and threatening to walk away from the nuclear deal altogether.

Following the latest round of sanctions against the Iranian Regime on July 18, which penalised Iran for its support of the Syrian Regime, theft of software and its ballistic missile programme, Iran lodged a complaint with the commission which assesses violation to the 2015 nuclear deal.

They accused the US of breaching the 2015 agreement, known as the Joint Comprehensive Plan of Action, between Iran and six world powers, including the United States.

However, one could argue that maybe the Regime, shouldn’t be attracting attention to possible violations of the nuclear deal, lest they are found in violation.

EU warns Iran it may face diplomatic reprisals over nukes

Bush: Iran and al-Qaeda are among greatest threats to U.S.