Kissinger: Do Not Allow Iran to Seize Land Liberated From ISIS 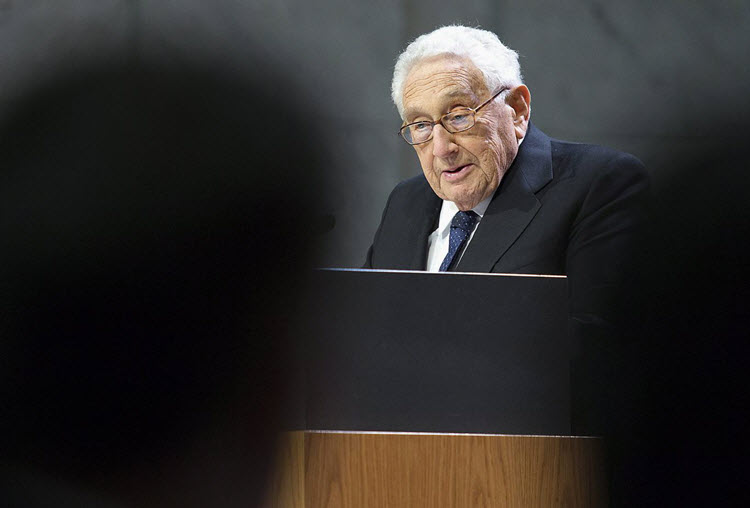 London, 9 Aug – Henry Kissinger has warned that destroying ISIS could lead to a radical Iranian empire, if we aren’t careful.

The former US diplomat has speculated that once ISIS has been defeated, the Iranian Regime will seize the free territory- rather than handing it back to the rightful state- and use this to further their sectarian dreams of a new empire.

In an article for CapX, the former Secretary of State under President Richard Nixon, wrote: “If the ISIS territory is occupied by Iran’s Revolutionary Guards or Shia forces trained and directed by it, the result could be a territorial belt reaching from Tehran to Beirut, which could mark the emergence of an Iranian radical empire.”

The problem is that no one has settled the debate on who the land should be returned to, which leaves a power vacuum.

He continued: “The Middle East affects the world by the volatility of its ideologies as much as by its specific actions. The outside world’s war with ISIS can serve as an illustration. Most non-ISIS powers — including Shia Iran and the leading Sunni states — agree on the need to destroy it. But which entity is supposed to inherit its territory? A coalition of Sunnis? Or a sphere of influence dominated by Iran? The answer is elusive because Russia and the NATO countries support opposing factions.”

It is clear that in order to stop this from happening, members of NATO must get together to reallocate the liberated territory back to the government that ISIS seized it from.

It is unacceptable that the Iranian Regime would be able to help recover land from a terrorist entity, only to use it to further its own terrorist agenda.

Make no mistake; this land would be used for Iran to easily transport weapons, money, and troops to its terrorist cells across the Middle East.

Kissinger also addressed the fact that it is difficult to take sides in these conflicts where both the terror cell and the terrorist Regime are evil.

This is far from the first time that Kissinger has made remarks like these.

Last year, the former Harvard professor called the Iranian Regime’s “potential domination” of the Middle East, the biggest problem for the region as a whole, according to a report by the Algemeiner.