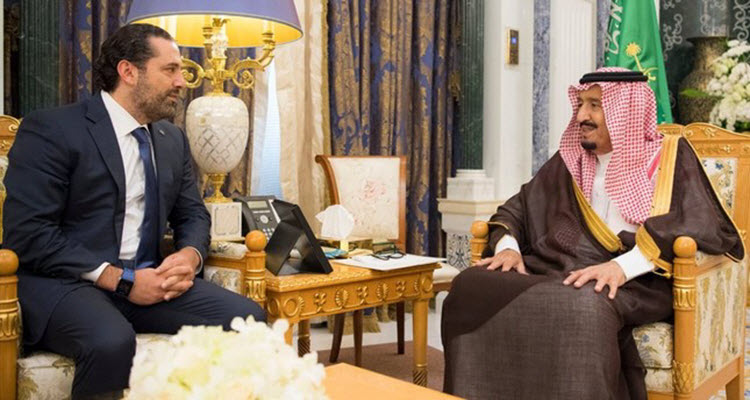 It is very clear that he did it for his own safety. After all, there is a history of Hezbollah critics being assassinated. This is very close to Saad Hariri heart, because his own father, a critic of Hezbollah, was assassinated in 2005.

However, it is also evident that he went to Saudi Arabia because he wants to save his people from the clutches of Hezbollah.

Hezbollah in Lebanon is just like the Houthis in Yemen who are doing the same thing. Iran created the first militia in the whole of the Arab world. It used Hezbollah, and still does, as a tool in its goal for regional hegemony. For more than two decades ago, Hezbollah started to carry out terrorist activities that worked to the favour of Iran.

Some of its plots included an assassination plot against the emir of Kuwait at that time (but it failed) and a number of acts of terror in Saudi Arabia and Bahrain, to name but a few.

Hezbollah’s influence in Syria is shocking. Any civilians that so much as express opposition to the Assad regime and the Iranian regime that backs it, are killed in cold blood there.

Tehran gets Hezbollah to carry out its dirty work so that it has plausible deniability. Iranian forces trained Hezbollah forces. Now Hezbollah is in charge of training other militias so that there are more and more fighters working for Iran.

In Iraq, after the invasion led by the US, Iran produced an increasing number of fighters, meaning that it was well supported.

Before Iraq, the same thing had been happening in Lebanon where al-Qaeda members received extensive training from Hezbollah forces.

Everybody knows that Hezbollah played a big part in the Houthi coup against the Yemeni state, and now it is training and smuggling weapons to them. They are even launching ballistic missiles from there with the help of Iran. A few weeks ago, a missile was launched towards Saudi Arabia. It was intercepted by Saudi air defence before it did any damage but it is clear that it was Hezbollah’s way of warning the kingdom to leave Lebanon and its people alone.

Saudi Arabia is now more determined than ever to ensure that Iran does not further destroy any more countries in the region. Iran is continuing on its rampage across the Middle East and it does not care who or what gets in its way. It is time for the international community to back all attempts to block Iran.