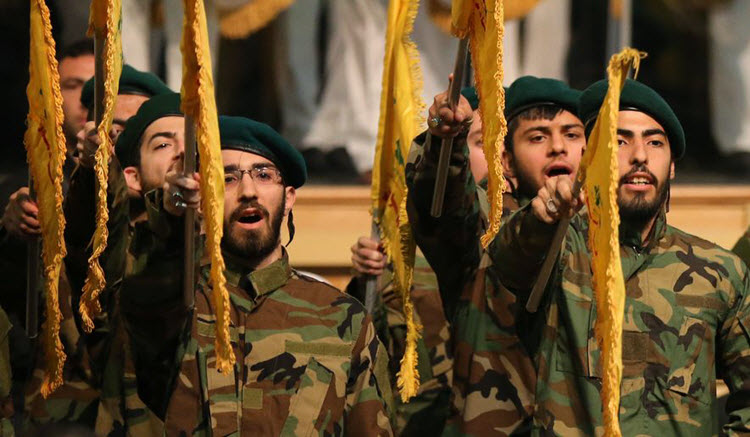 London, 1 Dec – After declaring the opioid crisis a national health emergency, President Trump has yet to appoint a new Drug Enforcement Administration administrator.

It has been reported that over the past decade, Hezbollah’s involvement in transnational organized crime has evolved into a multi-billion dollar global enterprise. Therefore, the president should choose a DEA chief who understands the complex and global nature of drug cartels, and should also be cognizant of the growing convergence between transnational organized crime and terrorist groups such as Hezbollah.

According to an article in The Hill by Emanuele Ottolenghi, Senior Fellow at the Foundation for Defense of Democracies, Hezbollah is also allegedly involved in producing and selling counterfeit medicines such as Captagon — a powerful amphetamine — is well documented and so is its growing involvement in cocaine trafficking. Although not posing the same level of crisis as opioids, cocaine is nonetheless a growing threat. Overdose deaths from cocoaine in 2015 were the highest since 2007.

Ottolenghi writes, “Less well understood are the close ties between cocaine trafficking and terrorism. One clear illustration is the recent extradition, from Paraguay to Miami, of suspected Hezbollah drug trafficker Ali Chamas. Court documents show that he was part of a larger network, likely based in Colombia. At the time of his arrest, he was conspiring to export as many as 100 kilos of cocaine a month to the U.S by air cargo.”

According to CBS News, the DEA led the battle against Hezbollah’s drug trafficking through Project Cassandra, a decade-long operation run by the DEA through the Special Operations Division, a multi-agency coordination center that enables stakeholders from the law enforcement and intelligence communities to share information and cooperate more effectively.

Project Cassandra shut down the Lebanese-Canadian Bank and led to the 2011 indictment of Hezbollah kingpin Ayman Joumaa, a Lebanese-Colombian dual national who reportedly laundered money for Mexican and Colombian cartels to the tune of $200 million a month. A DEA official discussing the case said that Hezbollah operated like “the Gambinos on steroids.”

In early 2016, Project Cassandra, in a joint operation between the DEA and European agencies, disrupted a Hezbollah operation that was using revenues from cocaine sales in Europe to fund arms purchases for its fighters in Syria, according to Ottolenghi.

Project Cassandra was shut down, but Ottolenghi believes that it is time for the Trump administration to reverse that. “Project Cassandra should be revived and resourced, because the narco-terrorist threat did not go away — if anything it became more sinister.”

Two Lebanese-Americans were arrested for surveilling potential targets for terrorist attacks against the U.S. and Israel, last June. These targets included JFK airport and the Panama Canal. This is why it is imperative that the Trump administration should appoint a new DEA administrator.

Ottolenghi writes that a new administrator “should be given the necessary authorities and resources to revive structures such as Project Cassandra or create other specialized units that could work with sanctioning entities and allied governments abroad to build a comprehensive U.S.-led approach to dismantling Hezbollah’s global network.”

Reuters: Iran has slowed the expansion of its disputed...