Defense Minister of the Comoros: Relations With Iran “Have Been Cut Definitively” 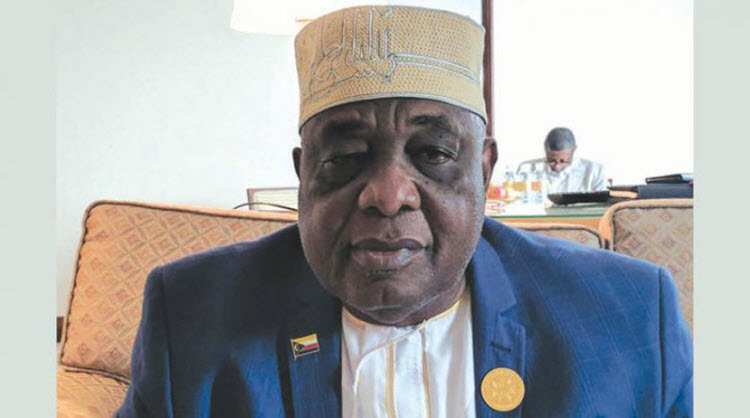 London, 1 Dec – Yousuf Mohamed Ali, Defense Minister of the Comoros, said that his country would continue to confront the Iranian project with “determination and firmness”, as long as it tries to exploit his country’s economic needs and poverty to interfere in its internal affairs.

For destabilizing the security of the region, he also condemned Lebanese Hezbollah, stressing his country’s support for Saudi Arabia’s stance against Qatar.

Ali said in an interview, “We do not accept the interference of other countries to destabilize the security and change the beliefs of society, and in this regard you see that the relations that existed between the Comoros and Iran earlier have been cut definitively.”

He added, “We are fighting with the firmness and determination any groups trying to exploit our economic needs and poverty to interfere in our internal affairs and pass their agenda under pretexts of humanitarian work.”

He replied to questions about his opinion regarding the first meeting of defense ministers of the Islamic Alliance to Counter Terrorism, which was held in Riyadh on Sunday, saying, “On this occasion, I would like to express my appreciation to the leadership of Saudi Arabia, namely King Salman bin Abdulaziz and Crown Prince Mohammed bin Salman, for their serious efforts in fighting terrorism on the ground.” He continued, “This meeting sends a great message to the Arab and Islamic worlds, and to all the countries of the world, and we expect good results.”

The Defense Minister discussed the challenges that the Alliance would encounter while fighting terrorism. He said, “The first challenge is to coordinate joint efforts to combat terrorism, while the second challenge is represented by the need to strengthen the education and training of the armed forces so as to promote joint action, all at the same level, as well as the exchange of information among the coalition countries.”

Regarding Hezbollah’s role in the region, Ali noted, “The Comoros condemns any form of terrorism from any side and in any region, and we stand by Saudi Arabia in its declared positions against these groups and militias, including Hezbollah and Iran’s activity in conflict zones.”

The minister stressed that his country was the first to express its position on the Qatari crisis, as well as the first to stand by Saudi Arabia, “We have clearly stated that we are severing our relations with Qatar. We reaffirm our continuous support to the Kingdom’s stance before Arab, regional and international forums.”