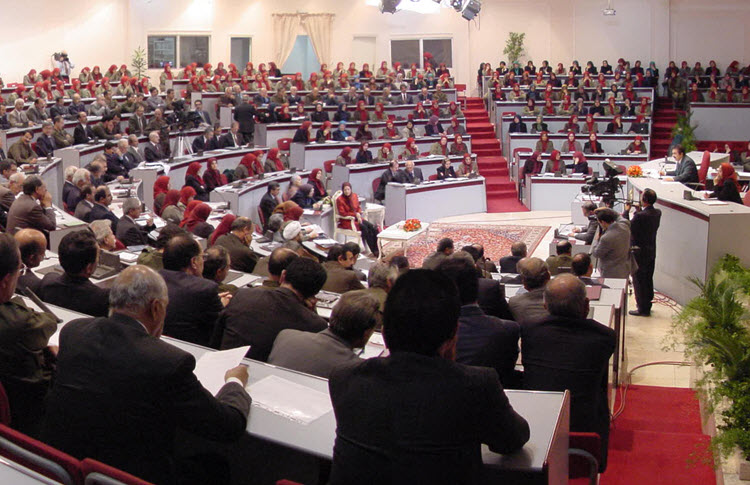 What does NCRI stand for?

The National Council of Resistance of Iran.

What is the NCRI?

A coalition of democratic opposition groups that oppose the mullahs’ regime in Iran, calls for regime change, and support the establishment of a democratic republic in Iran.

Who founded the NCRI?

Massoud Rajavi, the leader of the Iranian Resistance.

To bring together all those opposed to the mullahs in Iran, who had stolen the 1979 Revolution and the 1980 election from the Iranian people.

Who is involved in the NCRI?

The NCRI features members from every walk of life, including many groups that are marginalised under the mullahs’ regime, like religious minorities, women, students, ethnic minorities etc.

The NCRI is made up of five major organisations, with the People’s Mojahedin Organization of Iran (PMOI/MEK) being the biggest and most popular.

What is the political affiliation of the NCRI?

The NCRI is a broad spectrum of political beliefs, but every member champions democracy and freedom as their goal for Iran. They want an Iran that is not governed by religious laws, has a focus on human rights, and does not oppress its people.

What does the NCRI do today?

The NCRI currently serves as a parliament-in-exile, ready to take over and serve as the transitional government during the six-month period between the fall of the Iranian Regime and the first democratic elections in Iran.

Maryam Rajavi, the President-elect of the NCRI, will serve as Iranian President during the transitional period on the mandate of transferring power to the people and setting up the elections.

Until the mullahs’ are overthrown, the NCRI works with politicians and leaders from all around the world to hold the Iranian Regime accountable for its crimes.

How does the NCRI reach decisions?

All council members have one vote and all decisions are adopted by a majority vote, as in any democracy.

What is the political platform of the NCRI?

The NCRI has six main sections in their political platform: human rights, gender equality, a working economy, and freedom of religion, improved international relations, and a recognition of the rights of national minorities.

In the case of human rights, the NCRI seeks the abolition of the death penalty and wants Iran to adhere to the Universal Declaration of Human Rights and relevant covenants, including freedom of expression, thought, and association. It opposes any violations of human rights.

The NCRI, as noted above, believe in the separation of religion and state, so they would remove Sharia law and ban religious discrimination.

In terms of gender equality, the NCRI would recognise in law that a woman is equal to a man in both thought and deed. This would mean giving women equal opportunity in terms of political involvement, employment, education, family life, clothing, and all other areas of life.

For ethnic and national minorities, the NCRI would recognise their rights and also put in place and a plan for the autonomy of Iranian Kurdistan, which would allow the Kurds control over all areas of their region, except for foreign policy, national defence, national security, foreign trade and customs.

The NCRI believes in capitalism and the market economy and emphasises the need for Iran to use the latest advancement in science and technology. They see better relationships with industrial countries as vital to reconstruct Iran’s economy.

Of course, these increased relations should be based not just on trade but on better relations with the other countries of the world overall. That is why the NCRI’s foreign policy would respect the United Nations Charter and international conventions and treaties and improve Iran’s international and regional cooperation on issues like the Middle East peace process and nuclear weapons.

New York Times: At a late-night reading this week,...

AP: A drawing based on information from inside an...