We Need a Global Coalition Against Iran 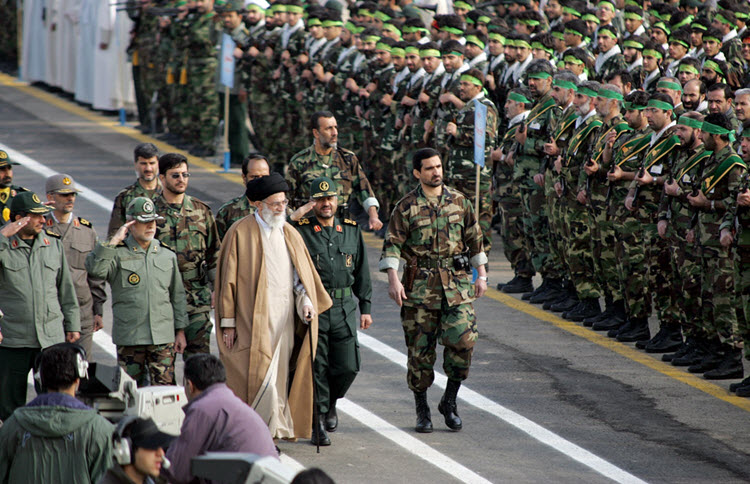 London, 25 May – Despite considerable efforts from many countries over the past 40 years, the world has been unable to tackle Iran’s destabilizing behaviour in the Middle East. One solution to the problem, according to an Iranian-American political scientist, is a global coalition that would confront Iran domestically, regionally, and internationally.

Dr. Majid Rafizadeh, a leading expert on Iran, wrote an op-ed on Arab News to explain the proposal in great detail, but here we will summarise his main points.

Since Khomeini stole power in 1979, their overwhelming policy has been focused on expansionism. They want to spread their bastardised version of Shiite Islam across the Middle East, until they can take control of a land bridge stretching from the Gulf to the Med. Once they have control in the Middle East, they will set their sights on Europe and eventually the rest of the world.

Dr. Majid Rafizadeh wrote: “From the outset, the Iranian clerical establishment did not view its iron grip on power to be only limited to the boundaries of Iran. From its perspective, the real mission has been, and always will be, to resort to any possible tool in order to expand and export its ideological and revolutionary principles domestically, regionally and in the international arena. For the ruling mullahs, the end would justify the means. As a result, a proportionate strategy is needed to go in parallel with confronting the domestic, regional and international facets of the mullahs’ agenda.”

Iranian expansionism has been incredibly successful so far, relying mostly on the Revolutionary Guard Corps (IRGC) and Iran’s funding of various proxy terrorist cells (i.e. Hamas, Hezbollah) to destabilise the region until Iran can sweep in a seize control. The mullahs now claim control of the capitals of Iraq, Yemen, Syria, and Lebanon.

Why has the international community not been able to stop Iran?

Well lots of countries have tried and failed, but Dr. Majid Rafizadeh has an interesting theory as to why that might be.

He wrote: “This is partially due to two major factors: The efforts to confront the mullahs were not proportionate, as many countries continue to underestimate Iran’s power; and such attempts against Iran were isolated, unilateral or implemented by the international community through an inefficient mechanism.”

How can we tackle Iranian expansionism then?

Well, as noted above, we can tackle Iran with a global coalition, but it needs to do something really special to go further than the previous efforts. It needs to tackle Iran on domestic, regional and international issues, with an overall governing body to connect all of the moving pieces.

The domestic sector would be made up of the grassroots Iranian opposition groups that are already affecting change on the ground, as evidenced by the ongoing Iranian uprising.

The regional sector would be comprised of countries from the Muslim and Arab worlds who are most affected by Iranian expansionism, while countries from Asia, Europe, North America, and South America would form the international sector.

Those reluctant to play a part in the coalition because of trade deals with Iran could be convinced to play ball by the US and other Middle Eastern countries, which represent a large market that most countries would not want to be blocked from. If they are still religion, the countries should be reminded that Iran is the number one sponsor of terrorism in the world and that every dollar invested with the mullahs is contributing to terrorist activity.

Militia threaten attacks in US, UK if Iran sent to Security Council

AFP: Iran's foreign minister said on Monday that it...