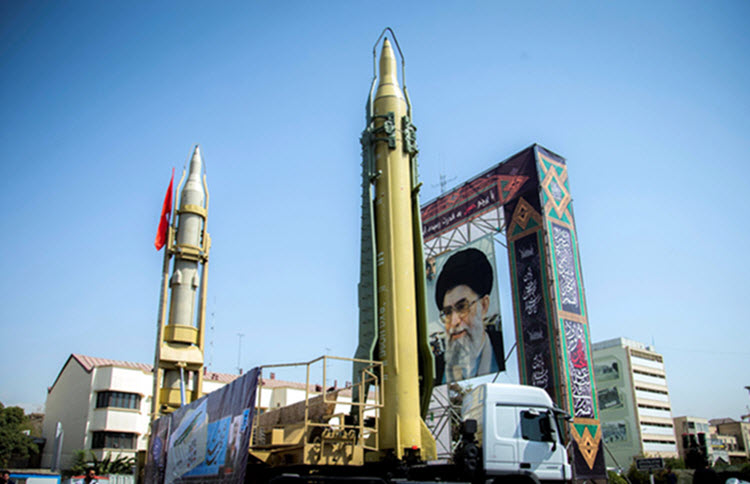 London, 25 May – An image search on social media and the colour aquamarine has revealed Iran’s secret missile testing sites.

Weapons researcher Fabian Hinz was looking through social media posts by the deceased general Moghaddam, Iran’s chief rocket scientist, when he spotted a box marked with the name of small Iranian town, Shahrud, in the background of one picture.

Hinz, who works at California’s Middlebury Institute of International Studies, started to dig and soon he was pouring over satellite imagery of the town and its surrounding area.

Soon enough, he and his colleagues spotted the aquamarine roofs that were associated with Moghaddam and had been used in another rocket facility.

David Schmerler, a fellow Middlebury researcher, said: “We started going back to see if, when Moghaddam died, did the program stop? Had they given up on this entirely? They started testing, clearly the program’s not dead.”

Their suspicions were soon confirmed by satellite images that saw the facility expand and ground scars (created when rockets are launched) form.

Now they knew that Iran was building powerful rockets, estimated to be slightly less powerful than the US Minuteman III ICBM, which is capable of carrying nuclear weapons.

Worse still, the facility is expanding and workers are paving new roads.

Iran’s Supreme Leader Ali Khamenei has often claimed that Iran will not make missiles that can fly over 2,000 kilometres, but it is clear that these missiles will be able to go far further than that. While no one in the international community knows why Iran is creating these missiles, many are speculating that it will either be for conventional explosives or nuclear weapons.

The development of ballistic missiles that can carry a nuclear payload isn’t banned under the 2015 nuclear deal, which has been in the headlines since the US pulled out of the deal, but it was warned against in the UN resolution that surrounded the deal.

Still, Iran has seen fit to ignore this, which is one of the reasons that Donald Trump announced the US withdrawal earlier this month.

Israel satellite ‘to spy on Iran’

BBC: Israel has launched a satellite that officials say...

Will Iran be held accountable after missile test?