Four Ways to Counter Iran and the IRGC 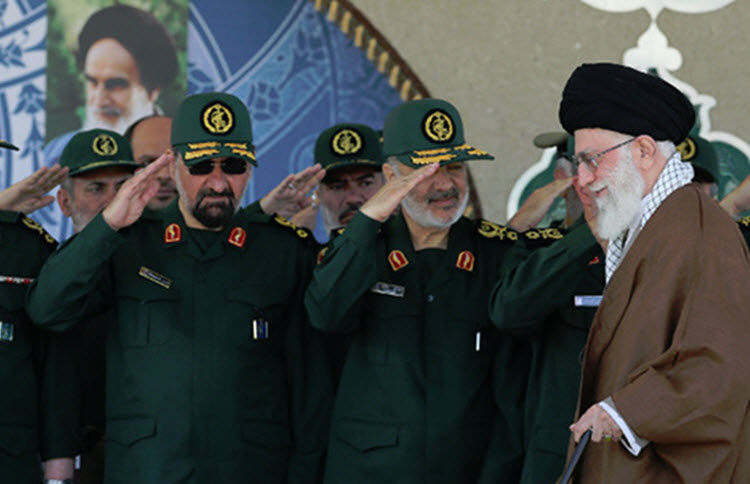 London, 19 July – The Iranian Mullahs’ survival is based on sectarianism and terrorism, which are enshrined in their constitution.

The mullahs use the Islamic Revolutionary Guard Corps (IRGC) to spread sectarianism and terrorism at home and abroad through the use of their different forces. The IRGC’s Basij forces crush dissent among the Iranian people through violence, arbitrary arrests, and threats against family members. Whilst the IRGC’s foreign forces are divided into two parts. First, the Quds Force and the Iranian army, who make up the Iranian-nationality forces. Second, the proxy militias that Iran controls all over the Middle East, from Pakistan to Iraq to Afghanistan.

The IRGC operates as a state within a state, controlling the vast majority of Iran’s economy, security forces, and even airports.

If the international community truly wants to end terrorism and stabilise the Middle East, then they’ll need to focus on all types of terrorism, including that perpetrated by Iran. In order to address Iran’s terrorism and all of its other malign activities, all freedom-loving countries will need to unite to counter the IRGC.

How to counter Iran and the IRGC

This involves raising legal actions against Iran for all violations of international treaties and conventions, and its support for terrorism and other illegal actions. Some instances include:

• the terror plot against the Iranian opposition in Europe

• the execution of people sentenced as children

This involves the boycott of all Iranian companies, many of which are fronts for the the IRGC in order to gain funds for illegal activities or launder money. International intelligence bodies should begin monitoring these companies to track for illegal activity, while current contracts of international businesses with Iranian companies should be reviewed for links to the IRGC.

This involves targeting Iran-backed terrorist organizations in the Middle East and around the world, including mercenaries recruited by the IRGC in Afghanistan, Pakistan, India and elsewhere. There should be no false distinction made between Hezbollah and Daesh.

This involves that exchange of information among the international community about the IRGC and all of its military, economic, intelligence and associated cells, as well as the movements of senior Iranian figures, believed to have been involved in terrorism.

Dr. Mohammed Alsulami, an expert in Iranian affairs, wrote: “Achieving these measures is not impossible but requires real international will and high-level coordination between the countries affected by Iran’s bloody terror activities and those not directly affected. It is essential for all nations to realize the urgent need to work together to help deactivate and eradicate terrorism and sectarianism and to eliminate non-state terror actors regionally and globally.”

2 minors among half dozen sentenced to execution in past week

Hundreds of police outposts set up in Iran capital