MEK Support Outside of Iran 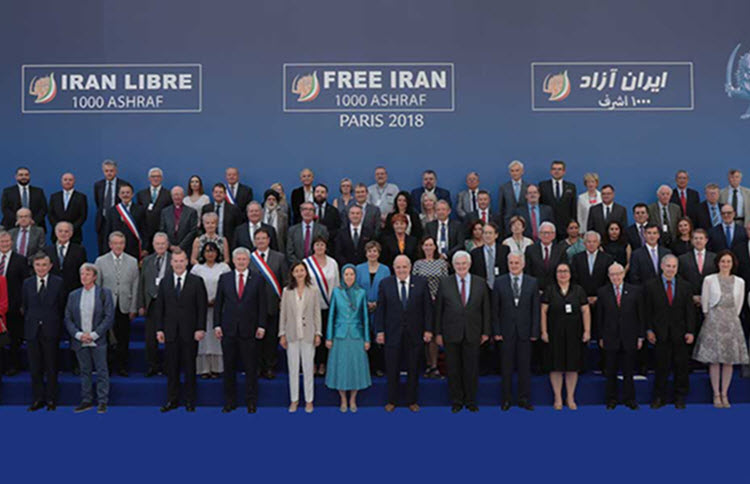 The Iranian Government often likes to portray the People’s Mojahedin Organization of Iran (PMOI/MEK) as highly unpopular inside and outside of Iran, which is an outright lie.

We’ve already covered various topics, including the current Iranian uprising and MEK TV, which show how much support the MEK has within Iran, so this time we will be focusing on how the MEK actually enjoys wide support from politicians and activists in the international community.

The MEK is supported by many people across the world, from monarchs to politicians to human rights activists to military heroes to intelligence directors to Noble Prize winners, with hundreds of thousands of people publically pledging their support for the MEK. This support shows that the MEK is widely recognised by the world as Iran’s government-in-exile, making it far from “insignificant”, and shows that there is great support for change in Iran.

We can see the world’s support for the MEK in many ways, including:

• France allows the National Council of Resistance of Iran (NCRI) – a coalition of dissident, democratic groups, including the MEK – to conduct its business, as a government-in-exile, inside France

• Albania is currently sheltering 3,000 MEK refugees, who were under attack from the Government, in Camp Liberty in Iraq

Of course, one of the most important ways to judge MEK support from the international community, is at the Free Iran Grand Gathering, which is held in Paris each summer, and attended by over 100,000 people.

This annual event marks the anniversary of a 1981 MEK demonstration in Tehran, where half a million people protested the mullahs’ rule. Every year, it draws more and more people to express solidarity with the MEK, including many prominent dignitaries from around the world.

The 2018 event was held last weekend, so let’s take a look at some of the biggest names who spoke in favour of the MEK at the Free Iran Gathering.

• Jean-Francois Legaret, Mayor of the 1st district of Paris

• Newt Gingrich, former Speaker of the US House of Representatives

• Frances Townsend, former assistant to the US President for Homeland Security and Counterterrorism

That right there is a veritable who’s who of the best and the brightest leaders in the world and they support the MEK, but they are far from the only people. Indeed, many people in the US Cabinet support the MEK and the belief is that they will encourage Donald Trump to recognise MEK leader Maryam Rajavi as the true president of the Iranian people and advocate a policy of regime change in Iran.