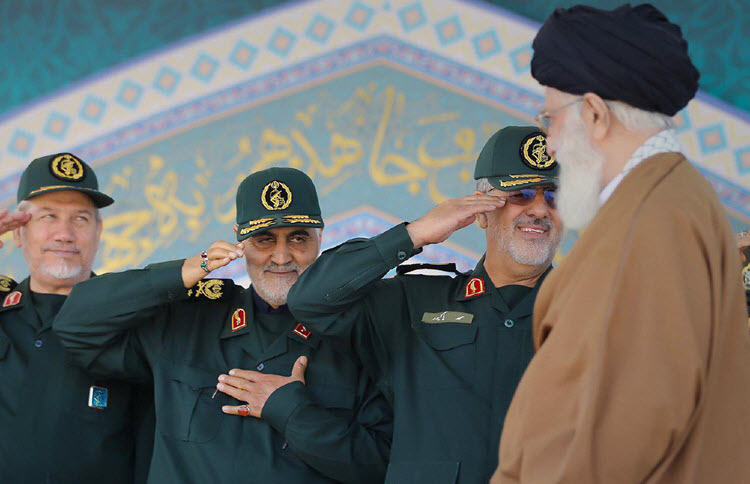 “The Red Sea which was secure is no longer secure for the presence of American (military) … The Quds force and I are your match. We don’t go to sleep at night before thinking about you,” Iran’s top general said in a speech from Hamedan, Iran, in which, according to local media, he addressed the American president directly.

“If you begin the war, we will end the war.”

Soleimani was responding to Trump’s Sunday tweet warning that Iran would face “consequences the likes of which few throughout history have ever suffered before.” Trump’s tweet was prompted by a speech by Iranian President Hassan Rouhani threatening that war with Iran would be “the mother of all wars.”

Soleimani’s mention of the Red Sea signaled Iran’s willingness to disrupt oil shipments in the Bab el-Mandeb Strait — the world’s fourth-largest oil chokepoint — via its proxies there.

It is believed that Iran will use Yemen’s Houthi rebels, who are already ramping up missile attacks on Saudi targets. On Wednesday, Riyadh announced that two Saudi oil carriers were attacked by Houthi missile strikes in the Bab el-Mandeb Strait, which separates Yemen and East Africa and connects the Gulf of Aden to the Red Sea. The kingdom has temporarily suspended all oil shipments through the pass.

Soleimani’s direct reference to the Bab el-Mandeb on Thursday, “is a signal that Tehran has options for escalation.” Bab el-Mandeb sees about 5 million barrels per day (bpd) of oil, which is small compared to the 17 million that passes through the Strait of Hormuz, on the opposite side of the Arabian Peninsula.

Increased Houthi rebel attacks on tankers heightens the chance that one will actually be sunk. Then, the U.S. could be forced to become more actively engaged. As well, crisis in the Bab el-Mandeb causes fears over Hormuz and drives oil prices up.

The U.S. is preparing to reimpose sanctions on Iran as part of its withdrawal from the JCPOA (Joint Comprehensive Plan of Action), also known as the Iran nuclear deal, that allowed economic relief for Iran in exchange for curbs on its nuclear program. The Trump administration has mandated that all countries wind their imports of Iranian crude down to zero by November 4th, in addition to deploying sanctions on a range of other products and financial activities.

Iran threatens that if it is unable to trade its oil, other countries will be stopped as well, citing its willingness to close the Strait of Hormuz, through which some 30 percent of the world’s oil shipments pass.

The Sunday Times: British troops are famed for winning...

Only one force can stop Iran now: its people

The Times: Control won’t be won at the negotiating...