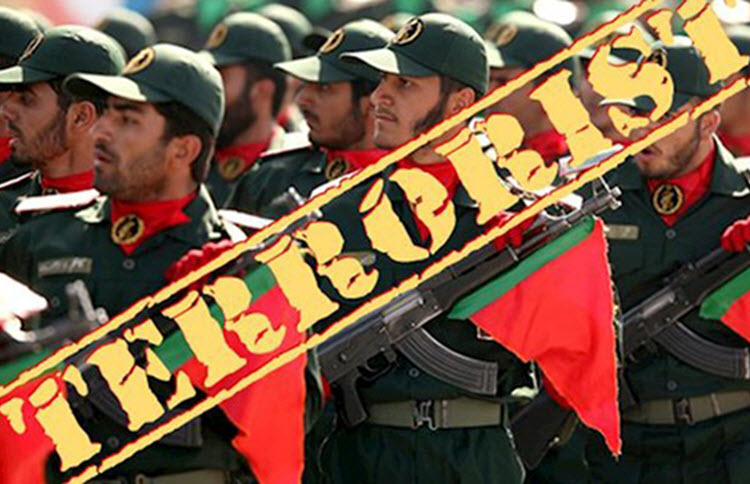 The Organization of Iranian American Communities-US (OIAC) represents Iranian Americans living in 40 states across the U.S. It has praised the U.S. Congress for its continuing efforts to urge the country’s Secretary of State to designate two Iranian entities as Foreign Terrorist Organizations (FTO).

The two entities in question are the notorious Islamic Revolutionary Guard Corps (IRGC) and the Ministry of Intelligence and Security (MOIS).

Although both of these organizations have been classified as Specially Designated Global Terrorists (SDGT), it is important that the pressure is ramped up further so that they are designated as FTOs.

The OIAC points out that this step must be taken imminently as the Iranian regime is ramping up on its terrorist activities in a rather brazen manner.

Last year, a number of terrorist plots had been foiled by European intelligence agencies.

One attack that Iran had been planning was on the Free Iran gathering on 1st July last year. Every year, the National Council of Resistance of Iran (NCRI) holds a gathering just outside Paris in which tens of thousands of Iranians from around the world, as well as former senior U.S. administration officials and dignitaries and political figures from the international community, are in attendance.

An Iranian diplomat was arrested and jailed for his part in the plot. He provided two agents with the extremely explosive material that would have been used to bomb the Free Iran gathering.

At the end of last year, Albania expelled several diplomats from the country for their involvement in yet another plot against members of the opposition that have been living there since they were finally released from Camp Liberty / Ashraf in Iraq.

France and the Netherlands also expelled Iranian diplomats and a number of Iranian agents were imprisoned for their roles in other terrorist plots.

Dr. Majid Sadeghpour, the OIAC’s Political Director, said that Iran cannot be allowed to continue on the same road and stressed the importance of an FTO designation. He said: “Tehran must not be allowed to expand the IRGC and MOIS presence in the United States under various covers. FTO designation would further limit the Iranian regime’s ability to recruit on American soil to pursue its objectives, as the designation would make it a crime for U.S. persons to provide ‘material support or resources’ to FTOs, whose members can be barred from the U.S. and their assets must be frozen.”

The United States has not been spared from the terrorist activity. Last August, the U.S. arrested two Iranian agents who were spying on members of the opposition residing in the country. These agents would no doubt, according to the U.S. Department of Justice, be proving intelligence for “capture and kill operations”.

The OIAC recognises and applauds Congressional efforts thus far but it is also urging it to go one step further and ensure that the designations as FTOs happen sooner rather than later in consideration of the regime’s escalating terrorist activities.