Two Accused of Spying for Iran in the US Plead Guilty 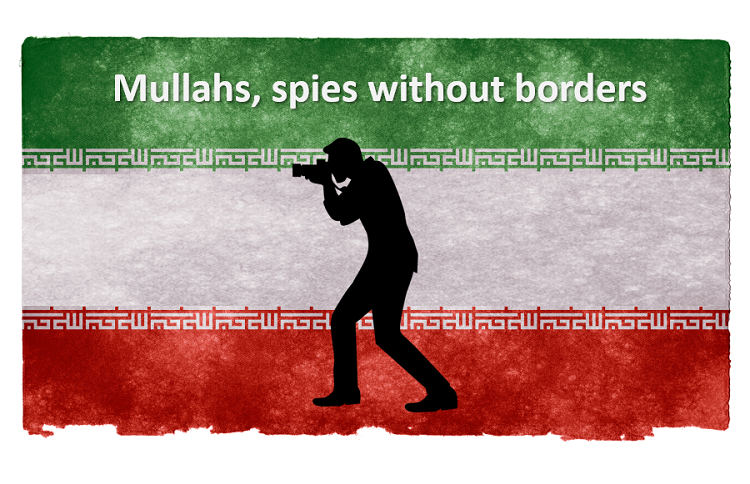 The United States Attorney’s Office for the District of Columbia said in a statement that an Iranian-American and an Iranian national had accepted charges of collecting identifying information about American citizens and U.S. nationals who are members of the Iranian dissident group Mujahedin-e Khalq (MEK-Iran) for the Iranian government.

The US Attorney’s Office said in a statement on Tuesday, November 5, that Ahmad Reza Mohammadi Doostdar, a thirty-nine-old Iranian American citizen, and Majid Ghorbani, a sixty-year-old Iranian citizen living in California, have accepted a charge of “espionage” for the Iranian government.

According to the statement, they were charged with “espionage and gathering information about US citizens and US citizens belonging to the MEK.”

Earlier, the US Justice Department said in a statement in July that Doostdar intended to gather information about entities or individuals considered “enemies” of the Iranian government – including members of the dissident People’s Mojahedin Organization of Iran (Mujahedin-e-Khalq or MEK-Iran) and Jewish centers  – arriving from Iran to the US. In the same month, he oversaw an orthodox Jewish center in Chicago and had taken images from the security measures there.

The US Attorney’s Office has stated that the two men have admitted to violating the law and have acted as agents of the Iranian government by collecting information on the activities of the Iranian opposition (MEK-Iran/PMOI) in the US.

According to the statement, Ahmad Reza Ahmadi Doostdar admitted that he had traveled from Iran to the United States three times to meet Majid Ghorbani and direct his actions.

Accordingly, on 9 September 2017, Ghorbani participated in a MEK march in New York City. The rally was in response to the condemnation of the Iranian regime, and Ghorbani photographed the protesters, including MEK leaders.

The statement cited the second visit of Doostdar from the United States in December 2017 and his meeting with Ghorbani. Ghorbani also admitted that he had taken part in the march to take photos and gather information about participants in September 2017 in the MEK rally.

It had also been previously reported that Doostdar paid Ghorbani about $2,000 for 28 photos taken.

The photos, along with notes about the MEK’s rally participants, were on the hands of Doostdar in December 2017. Earlier, the US Department of Justice reported that the photos and notes were found inside a suitcase of Doostdar at a US airport as he was returning to Iran.

In May 2018, Ghorbani traveled to Washington to gather information about opposition participants in another MEK march. Doostdar admitted that after the rally he and Ghorbani had been talking by telephone to Iran about the methods of providing the gathered information. Doostar’s sentencing will take place on 17 December 2019.

A record of actions attributed to the Iranian Government

Seven years ago, Mansour Arbabsir, a fifty-six-year-old Iranian from Texas who was involved in the sale of second-hand cars, was accused of attempting to assassinate the former Saudi ambassador in collaboration with the Revolutionary Guards.

Also, in June 2018, at the same time as a MEK meeting in Paris, an Iranian diplomat and several Iranians were arrested for their role in a terrorist operation.

AP: Afghan police clashed with Iranian forces at the...

Iran can make more of its energy riches: U.S. envoy

Reuters: Iran could make more of its vast resources...