Qassem Soleimani’s Death and the End of Iran’s Theocracy 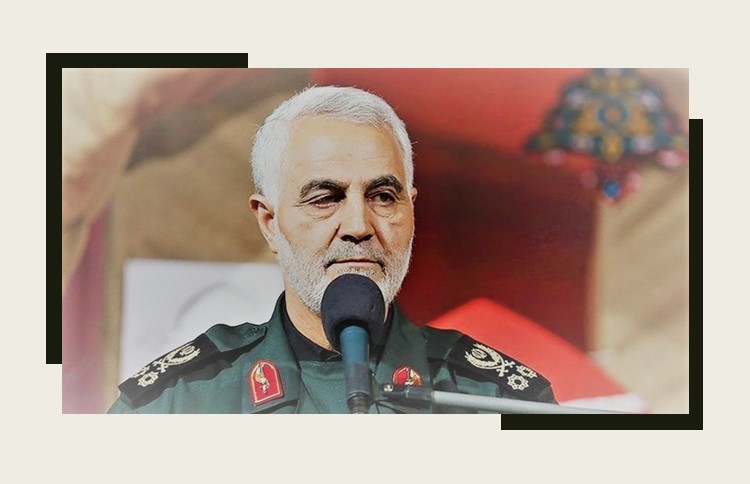 The Iranian terror godfather Qassem Soleimani stood for a world that no peace-loving person would want to see: a world in which you can be torn apart by a bomb at any time because you are in the wrong place at the wrong time.

A world in which entire cities are wiped out like Aleppo, in which bloodthirsty militias go door to door and execute civilians. While kindergartens can burn up in a fireball at any time, simply because the children in it are from other nations or religions. A world in which other nations are threatened with extinction every day.

His violent and overdue end does not put an end to global terrorism; nevertheless, a powerful message is emanating from the burned-up car wreck that was carrying the worst characters in the world: However big-minded and ruthless they may be, they can’t hide forever and will face justice and the end.

They may be able to torture, harass, and terrorize the weaker and torment the desperate, but they cannot flee from justice and the only hope for them is to crawl into holes and hope that they will not be found.

And if they say they don’t fear death, then these butchers lie – they’re cowards who love the sweet, corrupt life.

With extremism, violence, and fear, and killing innocent people, the dictators make fake heroes influence their anti-human policies. This law is made up of compulsory governments. Osama Bin Laden was one of the perpetrators of the global massacres who was killed in 2011.

Abu Bakr Al-Baghdadi was another prominent example of the killer thugs, who was himself killed in a deplorable condition. But the third head of this sinister triangle was Qassem Suleimani, who Iran’s clerical regime had created to promote its terrorism policy, killing children and women and the elderly and creating a burning land and burning every human life who opposed the policies of the ruling system in Iran. We had no mercy and no fear.

Qassem Soleimani had a special place in Khamenei’s reign, because of his bloody and vicious nature. He was trained in Khomeini’s school so that no one could overpass him in brutality and crimes.

Soleimani claimed in his childhood illusions that he did not need an army and would fight alone with the United States. But in the end, he was killed in a manner that killed thousands of Iraqi and Syrian children, women and men. This is the fate of all the criminals whose hands are contaminated with the blood of humanity.

As commander of the Islamic Revolutionary Guard Corps (IRGC) Qods Force, Soleimani was personally responsible for some of the worst atrocities in the Syrian war. The destruction of the old town of Aleppo, the massacres in the rebel stronghold of Ghuta, the starving women and children in the former resort of Madaya: Soleimani’s militias were in charge everywhere.

During the uprising of the Iraqi people and youth, one of the demands they made was to expel Qassem Soleimani, and they paid the price for this demand with the blood of their innocent youths. The same blood that was poured on Iraqi streets by the design and command of Qassem Soleimani on the streets of Iraq. When the news of the death of this devil spread throughout Iraq, the people celebrated because they got their answer to their demand and the blood of the falling people for an Iraq without the interference of the Iranian regime and especially this devil who start the killings in Iraq since 2003.

Syria, Lebanon, Iraq, Yemen: Iran’s top devil Qassem Soleimani was involved in chaos and destruction everywhere and thought that he could play this game forever and create his idea of an Islamic reign led by Iran’s regime of the Velayat-e-Faqih (supreme clerical rule).

This illusion was reflected in the message that once he sent to the former Iraqi president Jalal Talabani:

David Petraeus was in an important meeting when he suddenly received an SMS. It was 2008, and Petraeus, commander of the U.S. Armed Forces in the Middle East, met with Iraqi President Jalal Talabani. “Dear Mr. Petraeus,” it said in the SMS, “you should be aware that I, Ghassem Soleimani, determine the Iranian strategy for Iraq, Syria, Lebanon, Gaza, and Afghanistan. The Ambassador to Baghdad is a member of the Quds Forces. The person who will replace him is a member of the Quds Forces!”

The message: look, I even control the head of state!

How could all that happen? The truth about this person and his regime is the appeasement policy in front of them. A policy that gives him and the Iranian regime a free hand to spread through the entire region and destroy many countries.

If the Iranian regime was faced with a decisive policy and the western countries didn’t follow the policy of appeasement with this regime, it would be never able to apply its power to so many countries.

As once the largest mass-circulation paper in Germany, Bild, wrote about this dangerous policy:

“That’s why there must finally be an end with the appeasement, the talk of Iranian partners, an agreement that supposedly makes the world safer. The current Iranian government, the mullahs, are not partners. For us and for our most important allies, they are only one thing: a threat,” wrote Bild journalist Maximilian Kiewel.

The burning of this strategic card and the main weapon of the regime’s export of terrorism, its message to the IRGC and its mobilization forces inside Iraq, Syria, and Lebanon, is that Khamenei has lost his main lever of repression and blackmail abroad. And in the coming days, we must look forward to the consequences of the fear and horror among these forces in the region.

Khamenei showed that he was deeply shocked by the blow and that he still lacked the power to respond. The first meeting of the National Security Council which was held Friday by Khamenei himself, to find out a way, but they failed. However, the regime sent half-dozen of its officials to the scene to retain the regime with vengeful positions.

But we are at a time when every hour for Khamenei and his regime leaders count and any second that passes is deadly and painful. Because they must make the most important decision of the 40 years of their regime. Will they go to war and continue the tension with America or accept defeat and drink a ‘chalice of poison’? As an old Persian proverb goes, the regime is ‘sitting on a saw’.

IAEA to Israel: Iran nuclear row must be resolved peacefully

Reuters: The U.N. nuclear watchdog chief has underlined to...