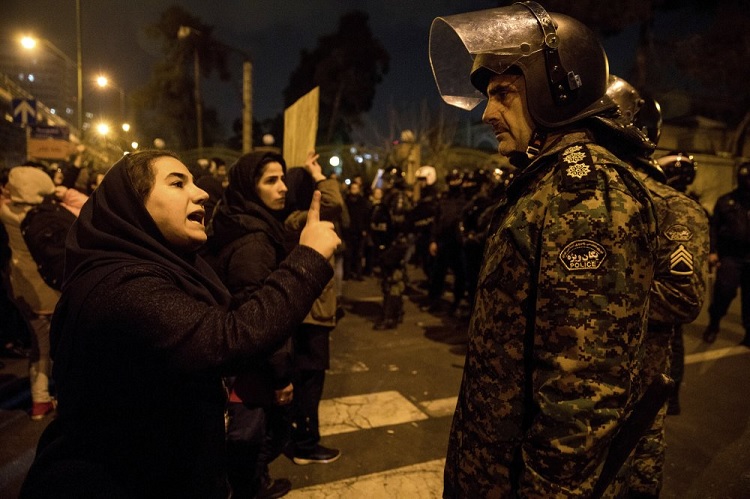 During the nationwide Iran protests that shook the country last November, 400 female protesters were killed because they advocated for freedom and democracy. That’s almost a third of the protesters killed overall. They also make up a significant number of the 12,000 arrested and 4,000 wounded during the uprising

Reuters said that Supreme Leader Ali Khamenei ordered his suppressive forces to “do whatever it takes to stop [the protesters]” and, by all accounts, protesters are still being arrested.

Over a month after the protests began, the Women’s Committee of the National Council of Resistance of Iran (NCRI) revealed new dimensions of the Iranian authorities’ widespread use of violence and other crimes against female protesters in its monthly report on the status of women in Iran. Let’s look at that now.

As the NCRI said, a significant amount of those arrested during the protests were women, which is unsurprising given that women were leading many of the rallies. However, it is hard to give you an exact number due to the secrecy of the ruling system, especially around topics that make them look bad.

Instead, we shall tell you about some notable arrests:

Torture and other ill-treatment of female protesters

The Iranian authorities have been torturing the arrested female protesters, often using sexual violence and rape, with the objective of forcing confessions or getting information about more protesters.

One prisoner published a report about the torture of protesters, saying that he believes that a woman accused of talking to foreign media was tortured to death. While political prisoner Nargess Mohammadi wrote a letter from prison about the conditions of arrested protesters, where she documented the case of a 20-year-old woman being tortured. Mohammadi wrote that the interrogator dragged the woman around by her hair, insulted her with “vile language”, and threatened to beat her with his belt.

Many human rights organization and governments have come out in support of the Iran protests and called on the government to release them.