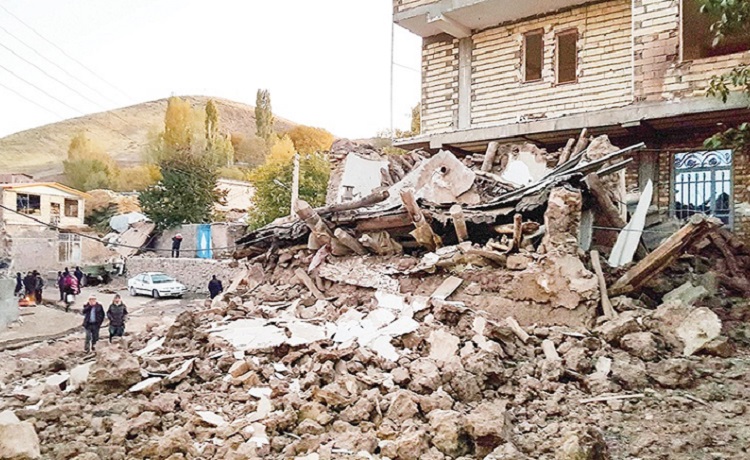 Two months later, the people there are still living in a dangerous state because they are living in tents, despite the freezing weather, where there is no shower and water comes in through the ceilings.

Fardin Farmand, a member of the Iranian parliament for that area, said: “We face severe winter cold in these areas. Currently, some villages are covered by nine meters of snow. It is not possible to travel by car. Tents are worthless in this cold weather and people are freezing. Electrical heaters cannot respond to the needs of people, because the power system in this village was not built for using this number of electrical heaters.”

He added that there are no bathing provisions there. Yet as the representative of that are, he didn’t speak of measures he might take to improve this situation.

While villagers began to talk about the hardships that Varnakesh women are facing.

One said that a pregnant woman and two infants are living in a tent, while a sick person is living in another tent. A woman undergoing chemotherapy said that she’d just returned from treatment and the power was out, noting that al she wants is food and a warm place to stay. Another woman said that it’s been difficult to bathe her children, meaning that they cannot be cleaned properly and are more at risk of infections.

Indeed, pregnant women and infants are the most vulnerable following a natural disaster, like an earthquake, as freezing temperatures, bad weather, and poor hygiene because of a lack of bathing facilities, means that various infections and illnesses are more common and more easily spread.

Iranian officials have repeatedly proven that they are incompetent and irresponsible when it comes to dealing with natural disasters. This can easily be seen in the mullahs’ reaction to the 7.3 magnitude earthquake that hit Kermanshah Province on November 17, 2017, causing great damage.

Over two years later and the people there are still living in horrific conditions in ‘temporary’ housing, like containers and even tents, and suffering from various economic, physical, and psychological problems. Some are sick from the conditions they are living in, some had their businesses destroyed, and many more are under untold stress from having their lives ripped away from them and not being able to rebuild.

Women and children are particularly vulnerable to these types of disasters.

Reuters: India is exploring payments via Turkey for oil...

Maryam Rajavi has strongly condemned the massacre of innocent people...