What Happened to the MEK During the 1979 Revolution? Part 4 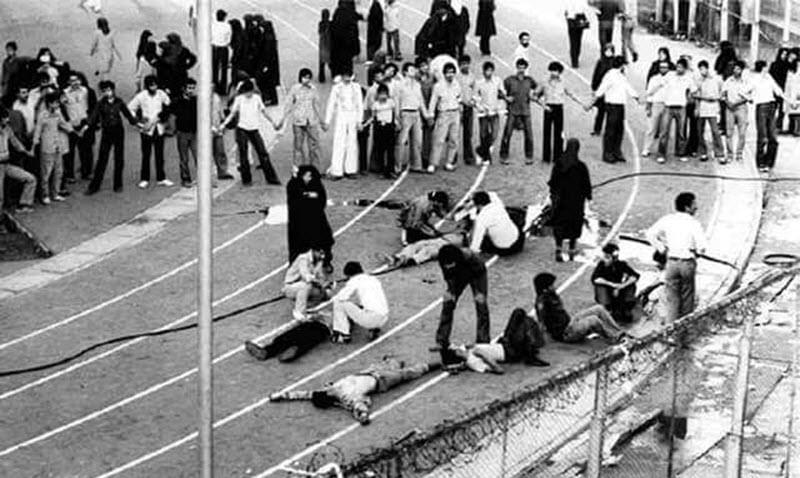 This is the fourth and final piece in a series about the People’s Mojahedin Organization of Iran (PMOI/MEK) and the 1979 Iranian Revolution.

When we left off last time, the mullahs had stolen the 1979 Revolution from the MEK and the people of Iran and were instead using it to serve their own interests. Ruhollah Khomeini had returned from exile only to appoint Supreme Leader (essentially, naming himself king) and appoint the clergy to the government against the wishes of the Iranian People.

The MEK had made clear that they were opposed to this, rejected the mullahs’ offer of ill-gotten power, and had launched a campaign to run against the mullahs in the proposed 1980 election. For that, the Supreme Leader ordered his terrorist gangs (Hezbollah) to attack the MEK.

The MEK took a position of non-violence and waited for the election, which would rightly see them elected as members of parliament. The mullahs, scared of the MEK’s popularity, didn’t want that to happen and instead chose to sabotage the elections.

Let’s find out what happened.

By the time the mullahs announced the election, the MEK was already extremely popular. Massoud Rajavi and his compatriots had focused on rebuilding the MEK, after the Shah had executed the majority of its leaders. Now the MEK had branches in over 250 cities in Iran and the daily circulation of their newspaper, the Mojahed, was almost 600,000 (the largest in Iran).

When Massoud Rajavi announced his candidacy for President, he got widespread public support, even from other parties. He was a voice for the voiceless and was expected to do very well among religious and ethnic minorities (i.e. Kurds, Sunnis, Christians, Jews), women, students, young people, and secular groups.

Not put off by this, the MEK vowed to continue its pursuit of political power in order to help the Iranian people within the constraints of the new legal system.

Then the mullahs upped the pressure on the MEK. They banned the MEK from appearing at universities, attacked the MEK’s buildings and meetings in many cities, travelled across Iran to badmouth the MEK, and seized 60,000 copies of the MEK’s newspaper.

In one particularly graphic attack, around 700 MEK members were injured by Hezbollah in Qaemshahr, while another 400 were injured in Mashad.

The Regime even prevented the MEK from being featured in election coverage.

Despite all this, by the time the elections came around the MEK were still a viable threat to the Regime, so the mullahs rigged the vote tallies in order to prevent any MEK member from taking a seat in Parliament and all of the MEK votes were transferred to the Islamic Republican Party (IRP) candidates.

The Regime also engaged in voter suppression, stopping those who were more likely to vote for the MEK from voting because of minor things, and in some instances having Islamic militants fill out the ballots themselves.

The MEK denounced the election and provided evidence of the rigging, fraud, and violence and the people of Iran took to the streets in protest. The Regime was forced to set up an investigation into the fraud, but nothing ever came of it.
That’s the problem with trusting the Regime investigate themselves or assuming that they are capable of change.

Iran’s President, Ebrahim Raisi has met with the Japanese...

New York Times: Militants from the Lebanese group Hezbollah have...