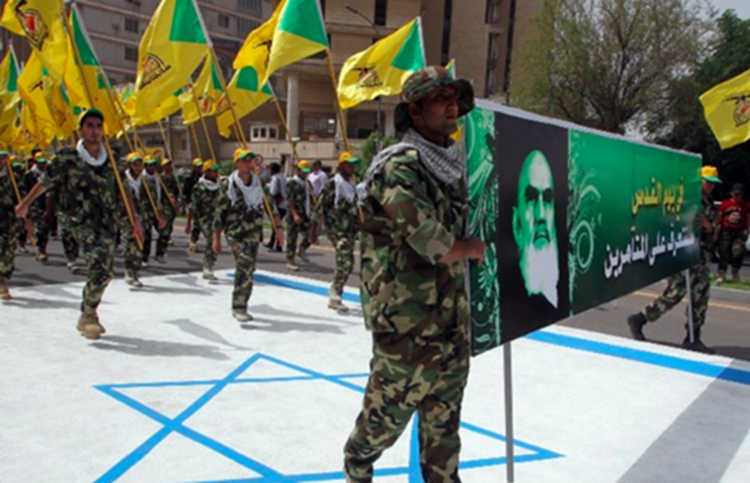 London, 15 Feb – On 12th February 2008, Hezbollah lost Imad Mughniyeh – one of the terrorist group’s most ruthless military commanders. He was behind the 1983 US Marine barracks bombing in Beirut and the 1992 attack on the Israeli Embassy in Buenos Aires in which 29 civilians died and 242 were injured. He was also the mastermind behind the 1994 attack on the AMIA’s (Argentine Israelite Mutual Association) building in Buenos Aires.

He was killed in Damascus, Syria, just after attending an event held by Iranian patrons to mark the 29th anniversary of the Iranian Revolution. When he got to his car, an explosive detonated – killing just Mughniyeh. It turns out that the spare tyre in his vehicle was replaced with an explosive that detonated as he approached it.

His body was taken to Beirut and Hezbollah arranged his funeral which was attended by several Iranian officials including Ali Akbar Velayati (who represented Iran’s supreme leader Ayatollah Ali Khamenei) and Foreign Minister Manuchehr Mottaki (who represented President Mahmoud Ahmadinejad). A symbolic tomb was put into a cemetery in Iran’s capital in his memory.

There have been reports that the Mossad (Israel’s national intelligence agency) was behind the assassination – but Israel has denied any involvement.

This is just one part of the proxy war between Israel and Iran (and its numerous proxies) that has been continuing for years. There has been very little made public about the warring between the two nations until very recently.

There has no doubt been numerous developments that the public have not been made aware of.

However, this is changing. Last weekend, the war started to become more overt. Israel intercepted an Iranian drone in Israeli territory. Syrian forces shot down an Israeli F-16. Israel retaliated by striking Iranian and Syrian targets.

This is the beginning of a wider conflict that could spread far if Iran’s presence in Syria grows.

It remains to be seen what Iran’s next move will be. It was able to get a drone into Israel and its Syrian allies were able to down an Israeli fighter jet. However, Israel intercepted the drone and it carried out its most widespread bombings in Syria since 1982.

Israel had no choice but to retaliate – it needed to destroy the batteries that were used to down its jet and it needed to bomb the control centre that operated the drone that entered its airspace. It has shown that deterrence is necessary, but will it go further? This depends partly on Iran’s presence in Syria and whether it will expand further.

The Iranian regime is in a desperate situation and its weakness is plain to see. Furthermore, it is very telling that Israel has carried out more than a hundred strikes in Syria in five years and has only had one place downed. It shows that the Israeli military forces are far superior.

Faced with immense pressure at home following weeks of widespread protests, the Iranian regime is in a very delicate situation. To mark the anniversary of the Iranian revolution, regime officials flaunted its new series of ballistic missiles. Despite its efforts to portray the opposite, the regime is clearly falling to pieces in desperation.