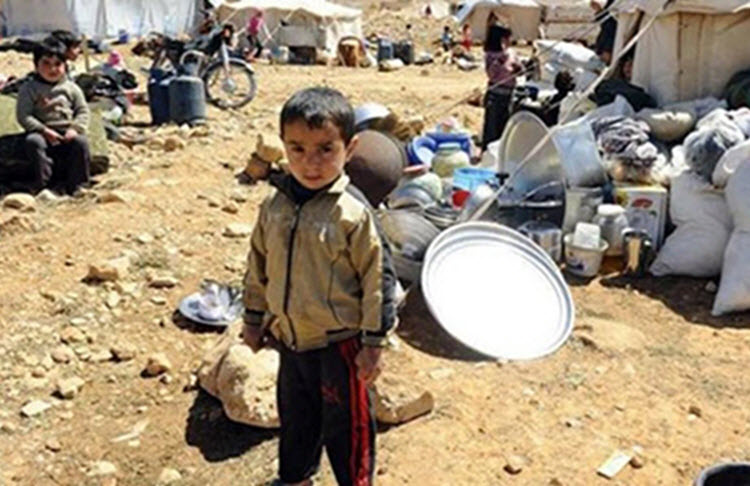 Despite the Iranian government claiming a 4.4 percent growth for the country’s economy, a member of parliament’s Economic Committee says that 80 percent of the country’s population live below poverty line. Meanwhile, an advisor to Iran’s president has also warned rivals, saying “we’re all aboard the same ship, and all of us will be hurt if this ship is going to sink.”

While Iran’s Statistics Center claims a 4.4 percent economic growth in the first nine month of the current Iranian year, there are more and more disturbing reports on the situation of people living below poverty line.

“The performance of the Ministry of Labor, Cooperatives and Social Welfare over the past six years has led us to a point where 80 percent of the country’s population lives below poverty line”, says Shahab Naderi, MP, while speaking in favor of impeaching Ali Rabiei, Labor Minister, during a parliament’s plenary session on Sunday March 11, 2018.

Earlier, Ahmad Maydari, Deputy Labor Minister, had said that there are two million hungry people in the country; yet some of Iranian economic experts, including Hossein Raghfar, doubt the figure as being too optimistic, saying that the number of country’s extremely poor people reaches five million.

Naderi then referred to the Ministry of Labor, Cooperatives and Social Welfare’s extensive violations, mismanagement due to inefficient, incompetent and unspecialized appointments and inefficient and low-return investments as the results of the Ministry’s six-year performance.

As a member of the Parliament’s Economic Committee, Naderi accused Deputy Labor Minister of announcing an artificially lowered poverty line of 700 thousand tomans a month, thereby raising the minister’s reputation, despite the fact that the country’s real poverty line according to many experts is 2.5 million tomans.

The MP pointed at the end of his speech to the January’s nationwide protests, saying “today, unemployed youth could lead to security problems as well as social harms in the capital.”

Meanwhile, Masoud Nili, economic advisor to President Hassan Rouhani, pointed in an interview with state-run Iran newspaper to the necessity of saving the country’s economy through rebuilding public trust, while warning over the occurrence of even more severe protests than the one in January this year.

Nili warned that the January uprising was a big warning that suggests there might be future protests with even bigger dimensions.

“The protests could grow bigger, stronger and more widespread. The small-scale issues we’re seeing right now are actually alerting us. You might be out of any chances the next time such events happen, and we will be in serious danger if we keep moving in this direction”, Nili said.

Rouhani’s economic advisor referred to the country’s situation as too unfortunate, saying “today our country is like a patient that is hospitalized in a serious condition. In the meantime, both the patient’s relatives and the doctors are fighting one another.”

Nili likened the country to a ship accommodating different rival groups, warning “we are all aboard the same ship, so if this ship is going to sink, then all of us will suffer.”

Earlier, Hassan Khomeini in an interview with state-run Arman newspaper had said “failing to address people’s demands could lead to a regime collapse.”

“Over the past few months, expressing disappointment and giving a disappointing and unpromising image of the society has become so commonplace among elites, people and online activists. It looks like the officials’ response to such complaints need to be swift and appropriate, otherwise the protests and complaints may turn into fury and resentment, which will be too costly and might someday bring us to a point of no return”, Hassan Khomeini added.