What Is the Structure of the Ncri? 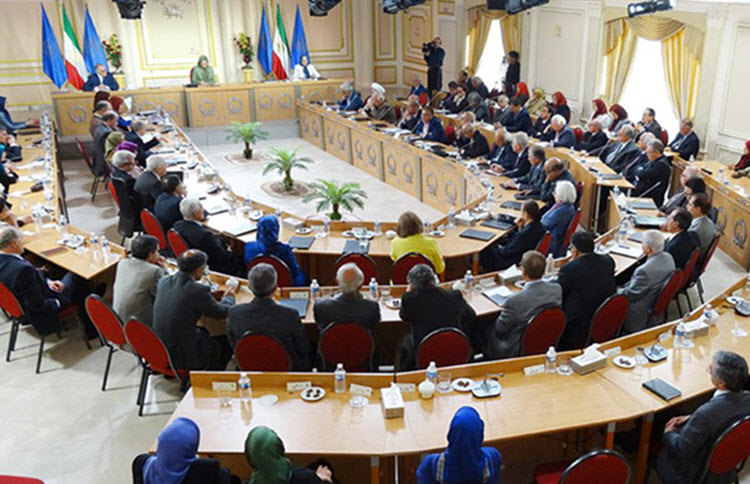 Earlier this week, we wrote a piece to give you an overview of the National Council of Resistance of Iran (NCRI). Today, we will expand on that with a piece about the political structure of the NCRI.

President-elect of the NCRI

Maryam Rajavi is the President-elect of the NCRI, who serves as the President-in-exile and will take over as President of Iran during the transition period after the mullahs’ Regime has fallen.

Her presidential term will end once a new Iranian constitution has been ratified and a new president has been elected, which will be six months after the end of the Mullah’s Regime.

Secretariat of the NCRI

Its main duties are to arrange NCRI meetings, communicate with NCRI members, and perform all administrative tasks.

Assembly of the NCRI

The assembly of the NCRI is responsible for making decisions on policy with the NCRI members present at the time. They hold weekly informal discussions on current political issues as well as meetings with the committee chairs.

Committees of the NCRI

The NCRI has 25 committees, which serve as shadow ministries, and are responsible for conducting research and planning for the future of Iran, but some have more responsibilities.

Let’s look at some of the committees that are involved in activities aside from research.

• publishes numerous papers on the situation and new developments in Iran, in English, French, German, Italian and Arabic languages

• works with Iranian women, both inside and outside of Iran, women’s rights organizations and NGOs, to obtain information about the situation of women’s rights in Iran

• assessing the situation of artists and writers under the Iranian Regime

Representative offices of the NCRI

Unlike most of the NCRI, which is based in Paris, these representative offices are based in many European countries as well as the US. These offices are responsible for maintaining contact with that country’s local and national governments, NGOs, and Iranian Diaspora.

NCRI members in those countries will participate in independent political, human rights, cultural, and extra-curricular activities.

AFP: For the second time this month, Iran has...