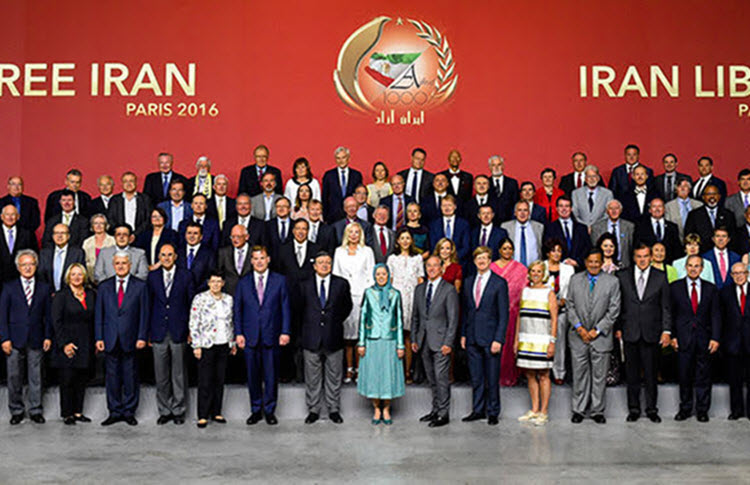 Ahead of the 2018 #FreeIran2018 rally in Paris at the end of the month, the Washington Times published a report on Maryam Rajavi and the People’s Mujahedin Organisation of Iran (MEK). In the report, entitled “Iran: the Alternative”, the Washington Times outlined the situation in Iran and the escalating protests. It went on to argue that the National Council of the Resistance of Iran (NCRI) offers a democratic alternative to the mullahs’ rule.

On June 30th, 2018, more than 100,000 opponents of the Iranian regime will meet in Paris. Among their ranks will be senior political figures from Europe, Australia, and North America.

Shaking the Authority of the Regime

The piece began by tracking the expanding protest movement across in Iran. It looked at the opposition victories in May and April of 2018, describing the protests which have engulfed many of Iran’s core industries, including logistics, metalworks, manufacturing, and education.

The piece also traced the spread of unrest during the December and January uprisings. The protests rapidly spread across Iran at the end of 2017 and early 2018, causing protests in 142 of Iran’s major cities. These protests united swathes of Iran’s population in their anger and frustration at the regime’s tyranny and incompetence.

Infuriated by arbitrary violence and executions, the looting of Iran’s public institutions, rising unemployment, a falling currency, and drought, the Iranian population took to the streets. Unlike in previous protests, the uprisings in December and January untied citizens from all walks of life. The working and rural classes, which the mullahs had long relied on for support, turned against them and put down their work tools to walk with the Iranian middle and urban classes.

It was a pivotal moment for Iran. It showed the world that the Iranian people crave regime change. It also showed that the mullahs’ days in power are numbered.

The Washington Times piece went on to outline NCRI President-elect, and leader of the MEK, Maryam Rajavi’s ten-point plan. The plan provides details on the NCRI’s vision for Iran after the fall of the regime.

The plan includes the NCRI’s ambition of restoring democracy to Iran through the organisation of free and fair elections with universal suffrage. It also includes the establishment of an independent judiciary system and the abolishment of the death penalty.

Maryam Rajavi’s vision for Iran is for a country founded on values of equality and religious tolerance. It pushes for a state separated from the shackles of religion, with laws promoting gender equality, the upholding of human rights, and equal employment opportunities for Iran’s minorities.

The Washington Times piece ended with a preview of the #FreeIran2018 rally, which will take place in Paris at the end of the month. The rally will include speakers from the NCRI and its supporters and is an opportunity for Iran’s opposition to show the international community what a democratic and free Iran would look like.

It will provide a glimpse into a future without clerical rule. With the Iranian opposition movement gathering steam, this future looks just around the corner.