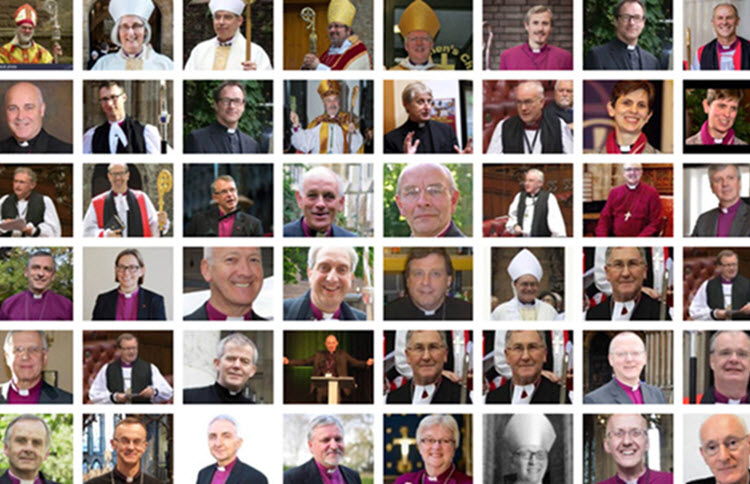 Former Archbishop of Canterbury, Lord Rowan Williams led an effort of bishops from the Church of England this week to condemn the Iranian regime for its appalling human rights record. More than 50 bishops from the United Kingdom and 78 church leaders from the United States signed a statement written by the former archbishop condemning the regime for its human rights abuses and its treatment of religious minorities.

The Rt Rev. John Pritchard, former Bishop of Oxford and one of the signatories of the statement, announced the initiative:

“Today, we announce the initiative by Dr. Rowan Williams and supported by more than 50 bishops in the U.K. along with 78 U.S. church leaders, which highlights the plight of the Iranian people and the religious minorities in Iran, particularly the Christians, calling on the international community to act to defend their rights in the face of government harassment and persecution.”

The statement said, in full:

“Petition in defence of religious minorities in Iran

“It is time to pay attention to plight of Iranians, in particular religious minorities

“Throughout the years, the entire Iranian population has suffered at the hands of the ruling dictatorship, and religious minorities have faced particular harassment and persecution.

“The regime has been condemned no less than 64 times by various United Nations bodies and criticized by international human rights organizations for its appalling human rights record. While the majority of the victims of the regime’s abuses are Shiite Muslims, members of religious minorities, including Christians, Jews, members of the Sunni branch of Islam, and people of other faiths, have been targeted over their personal religious beliefs.

“In a report to the United Nations Human Rights Council on 26 February 2018, UN Secretary-General António Guterres said: “No improvement was observed concerning the situation of religious and ethnic minorities, who remain subject to restrictions. The Secretary-General remains concerned by reports of persistent human rights violations of and discrimination against ethnic and religious minorities.”

“In its Annual Report for 2018, the U.S. Commission on International Religious Freedom, a government agency, said: “In the past year, religious freedom in Iran continued to deteriorate for both recognized and unrecognized religious groups… Christian converts and house church leaders faced increasingly harsh sentencing: many were sentenced to at least 10 years in prison for their religious activities. Religious reformers and dissenters faced prolonged detention and possible execution.”

“In contrast to the radical preaching of Islamic extremists, including the Iranian regime, Islam is an Abrahamic religion that promotes tolerance toward adherents of other faiths and espouses peaceful coexistence among mankind from every race, gender, faith and creed.

“As Iranian opposition leader Maryam Rajavi, a Muslim woman, has stated, the spirit of Islam abhors all forms of compulsion, coercion and forcible prohibition, ranging from imposing the compulsory veil, to the use of flogging and terror, to enforcing the observance of fasting and prayers, to preventing the construction of Sunni mosques, and especially to imposing the rule of a government under the name of God and Islam.

“By way of a nationwide uprising in December and January that shook the regime to its core, the Iranian people demonstrated their rejection of the ruling theocracy under the name of Islam and expressed a desire for democratic change in their country.

“Under such circumstances, we call on all countries to take into consideration the deplorable situation of human rights in Iran, particularly the painful situation of religious minorities, in navigating their relations with Iran. We urge them to base any improvement of relations with Iran on a cessation of oppression of minorities and on a halt to executions in Iran.

“The time has come for us to listen to the Iranian people’s demand for freedom, including religious freedom. This demand will be manifested at the international “Free Iran” grand gathering that will be held on June 30, 2018 in Paris to promote freedom and human rights in Iran with the presence of religious, political, and social dignitaries from all over the world.”

This statement is only the most recent in a series of public condemnation for the Iranian regime’s horrific human rights abuses. It also follows an outpouring of public displays of support and solidarity for the Iranian opposition, including the MEK, and the upcoming Free Iran rally on June 30th in Paris. The MEK opposes the persecution of religious minorities and the use of the death penalty. At the Free Iran rally, the opposition will discuss an alternative to the clerical regime.
More information about the event can be found here.