How Mullahs Attempt to Discredit the MEK Within Iran 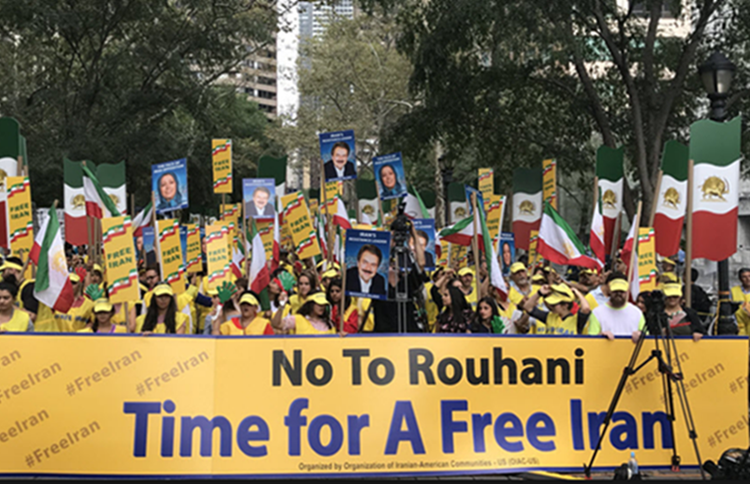 The Mullahs have spent decades trying to discredit the People’s Mojahedin Organization of Iran (PMOI/MEK) within Iran through a series of strange methods, even before they banned the opposition group in the 1980s.

While state-sponsored propaganda usually takes the form of “news” reports and government statements, Iranian government has gone even further than that in their attempts to smear the MEK, including staging anti-MEK propaganda exhibitions at school and even airing network dramas to defame the MEK. Let’s look at some of those now in more detail.

After the 2009 uprising, which was largely led by the young, educated Iranians, the government decided to target the younger generation of Iranians to stop them from engaging in political activism or joining the MEK. Thus the idea of propaganda exhibitions was born.

Between April 2010 and December 2012, more than 120 anti-MEK exhibitions were organized in 36 cities across Iran, with the intention of “familiarising the younger generation and especially students with the ‘crimes’ of the [MEK].”

In these exhibitions, the government lied about the MEK, claiming the group had a “long history of violence and terror”, although they did correctly cite that the MEK played a key role in the 2009 protests.

These exhibitions decreased from 2013 onwards, but the Government does still sponsor events to slander the MEK at schools and places of learning.

Another strange propaganda technique that the Iranian government used against the MEK was “show trials” staged at universities. Their aim was to show that the MEK were enemies of the state.

The first of these was held at Alama University in October 2013, when the MEK was leaving Camp Ashraf in Iraq, to continue their struggle outside Iraq.

The government goes to great lengths to malign the MEK in hundreds of anti-MEK books, some of which are even published under the names of former MEK members who were coerced by the security agents.

These books are distributed at exhibitions and sent to politicians and reporters around the world.

The government has established a number of organisations that are solely devoted to maligning the MEK with negative propaganda, including the Habilian Association, the Nejat Association, Edalat [Justice] Association, and the Association for Victims of Violence.

Each of these has a website that spread anti-MEK propaganda on a daily basis, but the government also has numerous other attack websites in English and in Farsi. Here are some to look out for:

The Government has often produced TV programmes aimed at defaming the MEK, but this only increased after the 2009 uprising. These programmes are aired on the Government’s state-run TV. Here are just a few:

• Zel’e Sevom – about the birth and demise of the MEK, which must be hard as the MEK has not disappeared

• An End to End – studies that MEK from its formation until today, but does not make any attempt at fair and balanced reporting

CNN: An Iranian court has delayed the final verdict...