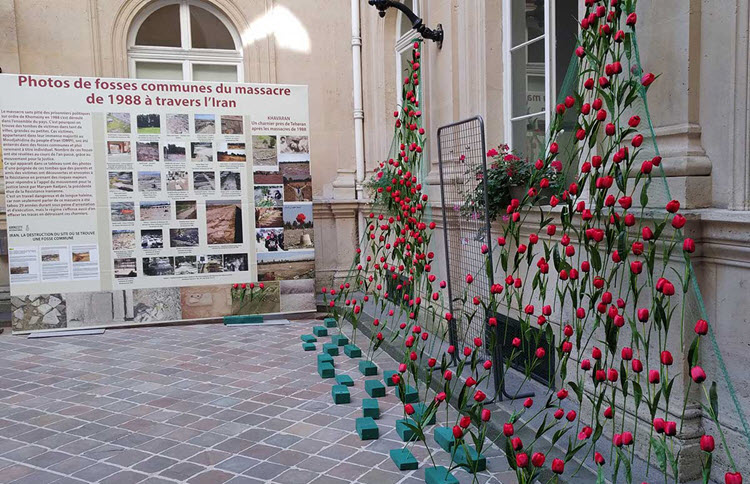 Thirty years ago, one of the worst massacres of the 20th century happened in Iran on the orders of Supreme Leader Ruhollah Khomeini.

Scared of the Iranian Resistance group, the People’s Mojahedin Organization of Iran (PMOI/MEK), and the Iranian people’s widespread support of them, Khomeini issued a fatwa that all MEK members being held as political prisoners should be exterminated.

Over the course of just a few months, 30,000 MEK members were subjected to mock trials and executed, regardless of their previous sentencing or even if they’d already served their prison term.

The death comissions asked the prisoners if they were still a member of the MEK and sentenced them to death if they said “yes”. Prisoners who said “no” were then asked if they would denounce the MEK on television, help to execute other prisoners, and clear minefields between Iran and Iraq by running through them. If they answered “no”, they were also executed.

This massacre was so appalling that even some Mullahs spoke out against it at the time, like Ayatollah Hossein-Ali Montazeri, who was second-in-command.

He told the Tehran Death Commission that they were committiing “the greatest crime [in] the reign of the Islamic Republic, for which history will condemn us” and that this obseesion with murdering the MEK had begun long before the massacre.

Khomeini sacked his hand-picked successor and Montazeri spent the rest of his life under house arrest. We only know about his speech because of an audio tape leaked by his son in August 2016, for which the son was imprisoned by the mullahs.

The ruling Mullahs have long tried to bury evidence of their crimes, including imprisoning relatives of the victims who asked about the fate of their loved ones and destroying the mass graves where they buried the MEK members.

This massacre is widely regarded as the worst crime against humanity since WW2, but no one has yet been held responsible for it. Instead, those responsible hhave been protected and promoted for their vile crimes.

They need to be brought to justice and assigning an independent international commission to investigate is a good first step, which both the National Council of Resistance (NCRI), former UN Special Rapporteur on the human rights situation in Iran Asma Jahangir, and former UN Human Rights official Tahar Boumedra approve of. But the rest of the world needs to work together to get justice for these 30,000 victims of the Iranian Regime.

Fox News: The Occupy Wall Street movement may be...

By Jubin KatiraieDuring the past two decades Iran’s plan...